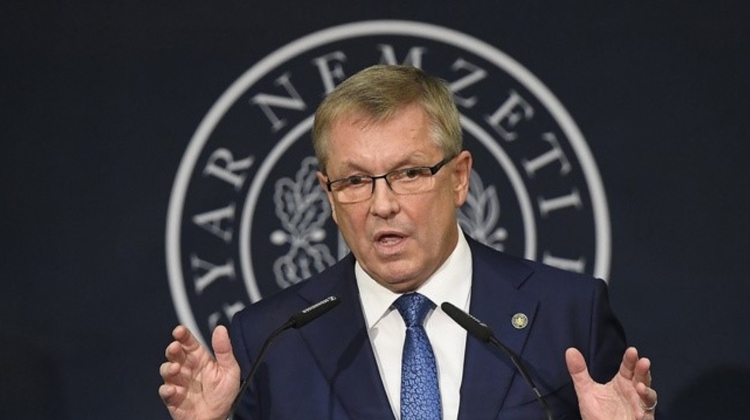 Hungary’s management of the coronavirus crisis last year yielded mixed results, National Bank of Hungary (NBH) governor György Matolcsy wrote in an article in the online edition of daily Magyar Nemzet, adding that the economy had been saved by an increase in private sector borrowing.

“If the Hungarian financial system had not functioned in the exemplary way that it had, Hungary’s crisis management would have been one of the worst in the European Union,” Matolcsy wrote.

Matolcsy noted various indices indicating the relative success of Hungary’s handling of the economic crisis caused by the pandemic.

Hungary, he said, ranked 15th in the EU in terms of GDP growth last year and its household consumption was fifth highest in the bloc, while the country ranked 20th in terms of investments.

Government consumption, however, was just 25th highest, he wrote, adding that Hungary ranked 11th in both exports and employment. Wage growth was third highest in Hungary.

Corporate loans increased by 10%, while household loans were up 9%, both of which were crucial for managing the crisis, the governor added.

He hailed the moratorium on loan repayments and the central bank’s Funding for Growth Scheme (FGS) Go! programme as two of the country’s “most successful” crisis response measures.

He also highlighted the impact of the economic policy measures implemented after 2010 on Hungary’s management of the crisis.

“However, the only reason why the credit-centric crisis management succeeded was because families and businesses had confidence in the future and believed that the economy would go back to operating as successfully as had in the previous decade,” Matolcsy wrote.

Among the weak points of the country’s crisis management, Matolcsy named the slow implementation of government investments and uncertainty in the home building sector due to a reduction of the VAT rate on newly built homes.

He said Hungary’s health-care system had only been able to cope with the crisis because its “normal operations had to be shut down”.

He also lamented the absence of a digital transition and a delay in reforms aimed at boosting the country’s competitiveness.