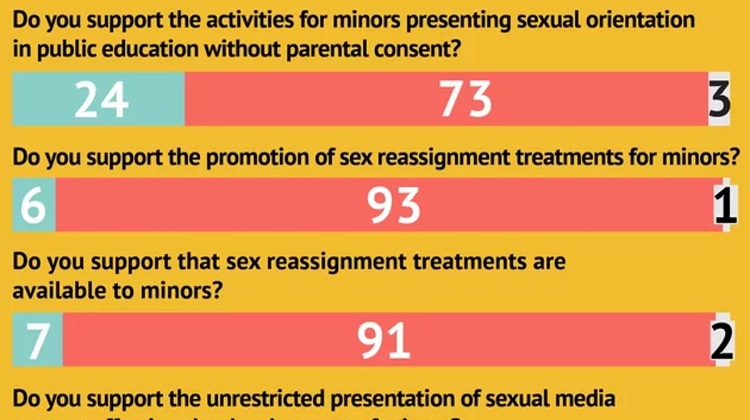 An overwhelming majority of Hungarians reject “sexual propaganda” aimed at minors in schools and the media, according to a survey released by the Századvég Foundation.

The pollster noted that the latest amendment of Hungary’s child protection law has prompted an infringement procedure in Brussels citing alleged violations of European Union rules and discrimination on the basis of sexual orientation.

The Hungarian government’s announcement on Wednesday to hold a referendum on child protection was a reaction to “pressure from Brussels” in connection with the new law, Századvég said.

Századvég found that 73% of respondents opposed classes on sexual orientation to be held without parental consent in institutes of public education, while 24% expressed no concern.

Fully 88% rejected the presentation of media contents to minors on gender change and another 89% disapproved showing content to minors that may influence their sexual development, Századvég said.

Ninety-one percent Hungarians rejected that minors should have access to gender reassigning surgery in Hungary, and 93% were against the “promotion” of such interventions, Századvég said.