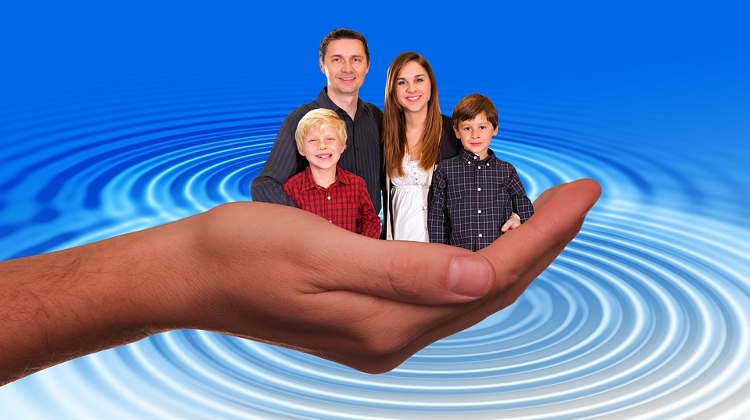 The referendum on child protection will be held at the end of 2021 or early 2022, and is expected to strengthen Hungary's position, the prime minister's chief of staff told a regular press briefing.

Gergely Gulyás said the prime minister had announced the five-question referendum on child protection in response to the events of the past weeks, which the government saw as an “attack from Brussels”.

If the referendum will be valid, the regulations will have to stay in force for three years, Gulyás said in response to a question.

The government will specify the reinforced laws at a later date, and will announce whether further legislation has become necessary, he said.

Gulyás said there were no cases where gender reassignment surgery was promoted for minors in Hungary, and said the amendment was designed to prevent such cases.

The issue is a “fight the whole of central Europe is engaged in, where we have to show that the region’s culture, values and identity are as much a part of the EU as that of Western Europe,” he said.

A successful EU is “unimaginable” in the long term without their coexistence, he said.

A referendum on migration in 2016 contributed to the government’s success in stopping the EU from forcing mandatory resettlement quotas on Hungary, he said.

The government has decided to initiate a referendum on child protection, Prime Minister Viktor Orbán said.

"Brussels has attacked Hungary" over the country's child protection law banning "sexual propaganda" in schools and the media, he said.

Brussels now “demands changes to the education law and child protection regulations”, the prime minister said in a video posted on Facebook, adding that “they complain that we do not allow what has become the Western European practice” with “LGBTQ activists going into kindergartens and schools to provide sexual information”.

“That is what Brussels bureaucrats want in Hungary, too,” he insisted.

“When pressure on our country is this strong, Hungary could only be protected by the common will of the people,” he said.

The referendum is planned to ask citizens whether they “support that minors should attend school classes on the topic of sexual orientation without parental consent,” or “support promoting gender change treatments among minors,” whether they support that “gender reassignment surgery should be available to minors”, that “media content influencing sexual development should be presented to minors without restrictions,” and whether “media content depicting gender change should be presented to minors”.

The prime minister called on voters to say no to all those questions.

Prime Minister Viktor Orbán announced earlier in the day that the government plans to ask the public five questions in connection with “sexual propaganda” in schools and the media.

The National Election Committee will now have 60 days to assess the questions.

The committee will approve the bid if the subject comes under the purview of parliament, if the questions do not touch on fields such as the budget or international treaties, and if they are worded clearly enough for the purpose.

The committee’s decision can be appealed within 15 days after release.