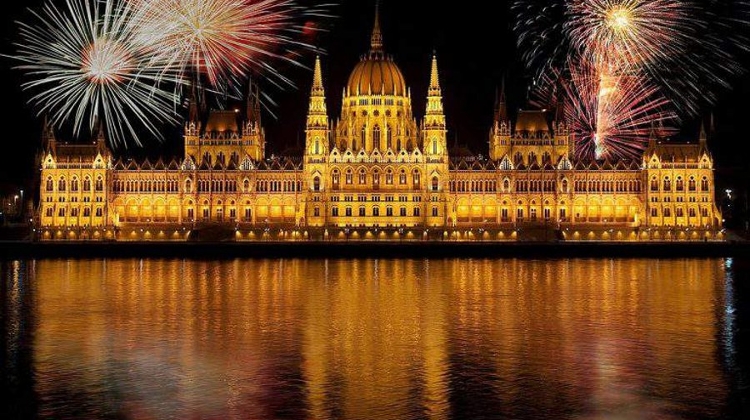 St. Stephen's Day is celebrated in Hungary on August 20th each year. It is also known as Foundation Day and Constitution Day. This is the official state holiday of Hungary.

St. Stephen's Day may be called "the day of the new bread" as it is a tradition to cut bread on this day to celebrate the arrival of the harvest.

St. Stephen of Hungary (Szent István király) was the first king of Hungary and he laid the foundation of the state by converting the Magyar people to Christianity.

After a serious military loss in 955 AD, Hungarian tribal leaders decided to abandon their nomadic existence. Stephen, the Grand Prince of the Hungarians, realised that conversion to Christianity would be a way of strengthening the idea of Hungarian nationhood.

Stephen received the "Sacred Crown" from Pope Sylvester II becoming Hungary's first king on Christmas Day in 1000 AD, ruling until his death on August 15th 1038. Stephen was buried next to his son, Imre in St. Mary’s Church in Székesfehérvár.

His remains were later transferred to Buda. His Holy Crown has survived the centuries since and it is now Hungary's most precious treasure.

Stephen was made a saint on August 20th 1083. He became the patron saint of Hungary.

As part of the canonization process, King Stephen's remains were dug up and legend has it that his right hand had not decayed at all.

The hand was removed from the body and can still be seen in St. Stephen's Basilica in Budapest.

August 20th was first celebrated in 1092, when another saint king, Ladislaus I declared it a sacred day.

Until 1687, August 20th was St. Stephen's feast day and thus became Hungary's national day, even after the feast day itself has switched around in the calendar a few times.

In 1945 Communist leaders prohibited celebrations due to its religious nature and in 1950 it was changed to Constitution Day.

It was reinstated as a celebration of St. Stephen in 1990 by the Hungarian Parliament.

How is St. Stephen's Day celebrated?

The highlight of the St. Stephen's Day celebration is a massive fireworks display on the bank of the Danube in the evening.

Making the Birthday Cake for a country is not a piece of cake.

It's not just bread that features on St. Stephen's Day. To mark the National Day, the National Confederate of Hungarian Confectioner sponsors an annual contest to choose "Hungary's Birthday Cake," by invitation of the government.

First held in 2007, the competition is open to the finest confectioners in the country and is fiercely contested with the judging process taking place over the course of a few months.

Confectioners spend months developing their recipes, as the rules state the cake must have never been on sale before.

As this day is a national holiday, all stores, shops and supermarkets will be closed.