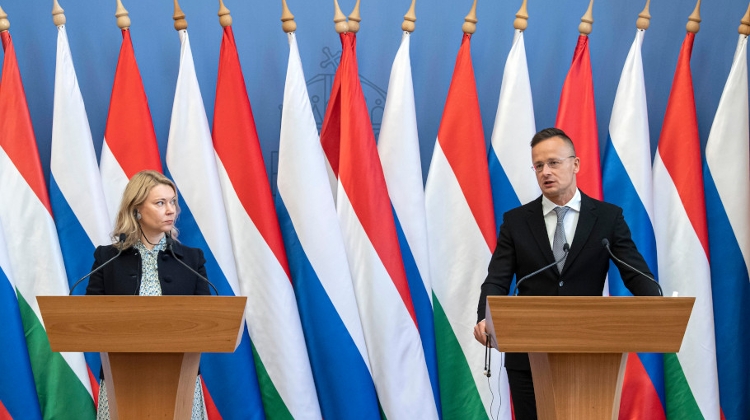 “Hungary sees energy supply as a matter of national security, sovereignty as well as an economic issue rather than a political one.

Family homes can be heated by gas and not by political statements; and the same goes for industry,” Péter Szijjártó, the minister of foreign affairs and trade, said at the signing ceremony of a long-term gas supply agreement with Gazprom.

A long-term agreement with Gazprom is currently the most secure and reliable way to ensure Hungary’s energy security, he said.

“We can make resounding statements about diversification … and whereas Hungary has already done its homework, many players are yet to provide infrastructure for that,” he said.

Gazprom deputy chairman Elena Burmistrova welcomed the agreement, saying that the use of a safe and reliable energy resource such as natural gas was “especially important in fulfilling climate goals”.

In response, the Ukrainian foreign ministry issued a statement saying it would turn to the European Commission and postpone a meeting of the Hungarian-Ukrainian economic committee in response to the move.

Commenting on the statement, Szijjártó lamented Kiev’s move to postpone the committee session and said he failed to see “the connection between ensuring Hungary’s energy supply and decent cooperation with our neighbours”.

“I reject the attempt to interfere with Hungary’s affairs; ensuring winter heating for Hungarians is our job, and no other country can interfere in this,” he said.

He also said that Gazprom deliveries bypassed not only Ukraine but Hungary, too, and it had supplied gas to Serbia, Bosnia and Herzegovina and Croatia via Hungary, generating transit revenues, “but now the reality has changed and another route has been built”.

“Since Gazprom has gas and we don’t, the situation is rather unequal. So along whichever route they deliver the gas, we’ll buy it,” he said.

Meanwhile, the minister said Hungary would respect the decision of German voters and cooperate with the government formed as a result of Sunday’s elections.

In response to a question at the Gazprom signing ceremony, Szijjártó said Hungary was ready to strengthen ties with Germany, as the two countries “have important roles in each other’s lives.” 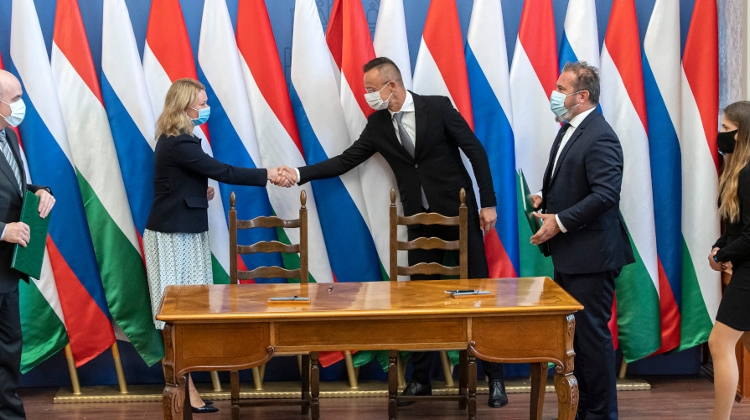 Hungary has signed a 15-year gas purchase agreement with Gazprom which will ensure the country's long-term energy security, the minister of foreign affairs and trade announced.

Under the agreement, Hungary has pledged to buy 4.5 billion cubic meters of natural gas each year from the Russian energy giant over a period of at least ten years, Péter Szijjártó said at the signing ceremony on Monday.

The price is significantly lower than what has been paid up to now based on an agreement signed in 1995, and will contribute to “maintaining the achievements of the utility price cuts, and Hungarian consumers will continue to pay one of the lowest prices in the European Union,” Szijjártó said.

Energy security has always been a key strategic and national security issue in central Europe, Szijjártó said. Natural gas has a key role in this regard in Europe as well as in Hungary, he said.

The EU received 48% of its gas supply form Gazprom last year, he said.