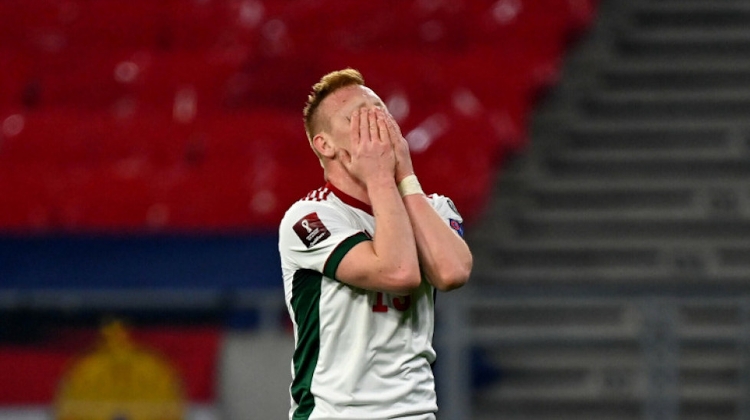 Hungary has been ordered by FIFA to play its next World Cup qualifier behind closed doors following the racist abuse of England’s players by Hungarian fans at a match earlier this month. Hungary has also been issued a second stadium ban that will be suspended for a period of two years, while the Hungarian Football Association (MLSZ) has been fined 200,000 Swiss francs, FIFA said on Tuesday.

After the Sept. 2 match, which England won 4-0, the English players complained about being loudly booed when they had taken the knee as a gesture against racism before starting, and said plastic cups and other objects were thrown onto the pitch after each goal as racist slogans were chanted.

Hungary plays its next World Cup qualifier against Albania on Oct. 9.

The Hungarian Football Federation (MLSZ) is steadfast in its belief that the poor behaviour of a small minority who were present amongst the tens of thousands of law-abiding spectators at the Hungary v England World Cup qualifier at the start of September, behaviour which was proved to be racist against players, is to be deeply condemned. Any discrimination is unacceptable to the MLSZ.

Prior to the match, the management of the federation and the team itself repeatedly asked the fans to take follow UEFA's and FIFA's guidelines, which are well known. Thus, anyone in the Puskás Arena who engaged in racist chanting or behaved in a discriminatory way can be seen to be opposing the federation and its national team.

These poorly-behaved individuals have intentionally caused damage to Hungarian football and therefore they can expect the most severe sanctions.

In connection with the World Cup qualifying match against England, the Hungarian national team was this time punished by FIFA. In regard to the decision to classify the next two matches as behind closed doors (the second match is a suspended sentence), the MLSZ still believes that punishing a crowd which creates a good atmosphere in a 60,000-capacity stadium and the organising association, which implements all reasonable measures, is not a fair move, and is instead counterproductive.

The need to take action against racism is acknowledged and supported by the MLSZ, but it is also clear that the disciplinary rules and decisions of UEFA and FIFA do not penalise the real perpetrators and are not effective in their current form.

In the meantime, the federation is continuing the process it has begun to keep those exhibiting poor and undesirable behaviour away from its stadia. To facilitate this, it is also necessary to change the MLSZ's own practice and the relevant legislation, changes which are currently being prepared.

MLSZ is waiting for a detailed justification of the current decision, and in the knowledge of it, it will appeal against the decision in justified cases.

In the meantime, the federation has filed complaints against the identified perpetrators of the offences committed in the aforementioned match.