All Saints' Day In Hungary Celebrated On 1 November 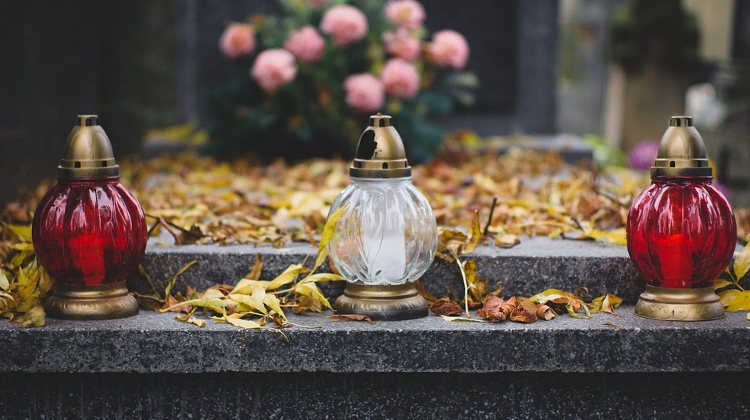 On this National Holiday, also known locally as 'the day of the dead' (Halottak Napja), all main shops and public offices are closed. Traditionally, instead of celebrating 'Halloween', Hungarians head to the cemeteries for All Soul's Day - also known as All Hallows Tide, All-Hallomas, or All Hallows' Day.

Hungarian Traditions On Week Of Dead: All Saints’ Day & All Soul’s Day

In the 8th century Pope Gregory III has started the holiday of the All Saints’ Day, which is celebrated on the first day of November.

The pope has stood out for that – beside the martyrs – the saints, who are canonized after the recognition of the Christianity, must be celebrated too. So, this way the All Saints’ Day is become the feast of the hollowed souls, who are because of the large number of their kind, not mentioned in the calendars uniquely.

All Saints’ Day – The Hungarian Traditions

In Hungary, the All Saints’ Day is even connected with economic traditions. This is the day, when – in many places – the servants, maids, and shepherds are hired.

On other places, on this day the “servant fair” has been held, when the landlords have dealt with the servant who has gone to them to serve during the winter.

On All Saints’ Day all kind of work was forbidden. This was a way of the respect, because there was a habit, if anybody goes to plough, plant, or makes any kind of work, is attacks the dead ones. It was even forbidden to wash, sew and to clean up.

According to the folkways, the night between the All Saints’ Day, and the All soul’s day the deceased have mass in the church, and when the bell tolls, they are going to the house of their beloved ones.

In the peasant’s house, an extra plate has been placed to the tables, bread, salt and water has been served into them. In Székely Land a loaf has been cooked, which is called God’s pie or the bread of the dead.

In Hungary, food and charity has given to and cared about the homeless and poor ones, to advance the reach of the bliss of the dead souls. Mainly bread and honey coated scone is given at the gates of the cemeteries.

Since the first millennium, the church remembers all of its deceased believers, and the families to their beloved ones. The week, which contains the all soul’s day, is called the all soul’s week. The Catholics celebrate the all souls day is on November 2, the holiday after All Saints’ Day.

In Hungary, the all soul’s day has slowly evolved from the holiday of the Catholic Church to the memorial day of the deceased ones – independently from the different churches.

All Soul’s Day – The Hungarian Traditions

This is the day, when all of the prohibitions have started; some of them could last to Christmas in the Christian intellectuals. The prohibitions on the all soul’s day have held to avoid the disturbance of the dead ones.

In this week the washing was forbidden, in afraid that the dead, who comes home, would stand in water, and the clothes would turn into yellow. They have not whitewashed, because the maggots would invade the house.

On the all soul’s day, they have not done any kind of digging, because it is believed that whoever eats that, will become sick. From the all soul’s day’s rain the next year’s dead ones was predicted, and they scared each other with that.

Sewing was particularly forbidden, because every stitch was one stab to the dead – this prohibition lasts for the whole week.

This day, the graves have repaired, cleaned, ornamented with flowers and wreaths, and lighted with candles and lampions. The more dead ones the family has, the more candles are lighted.

To remember the ones, who have died abroad, or buried in an unknown place a bonfire is lighted, and the bells are constantly tolled. They believed “until the bell tolls, the deceased ones are at home”. In many places, when in the cemeteries candles have been lit, they left the lamp switched on at home, to let the dead look around.