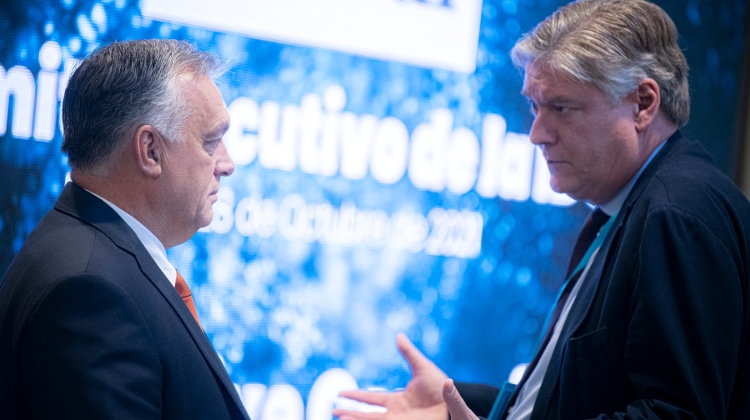 Prime Minister Viktor Orbán, the leader of Hungary's ruling Fidesz party, has been re-elected as vice president of the Centrist Democrat International (CDI), a Christian democratic political formation, in Brussels.

According to the document, Europe’s population is declining in a global comparison. While the current 27 EU members accounted for 12% of the global population in 1960, that ratio has now dropped to 6%, and is expected to fall below 4% by 2070.

The draft also points to Europe’s ageing population, with the ratio of people over 65 having now reached 21% in the total population, and the ratio of children under 15 having dropped to 15%.

It says there are a number of possible solutions to reverse the population decline, such as building family support systems, helping families expecting babies and reinforcing communities.

The CDI is “deeply convinced” that family policy should remain a national competency.

Migration should not be used as a tool to resolve demographic challenges, it said, calling on the EU to “consider demographic aspects first in all its policymaking and build mechanisms to counterbalance the impacts of migration on demographics”.