When to See a Psychiatrist? By Dr. Rose Private Hospital Budapest 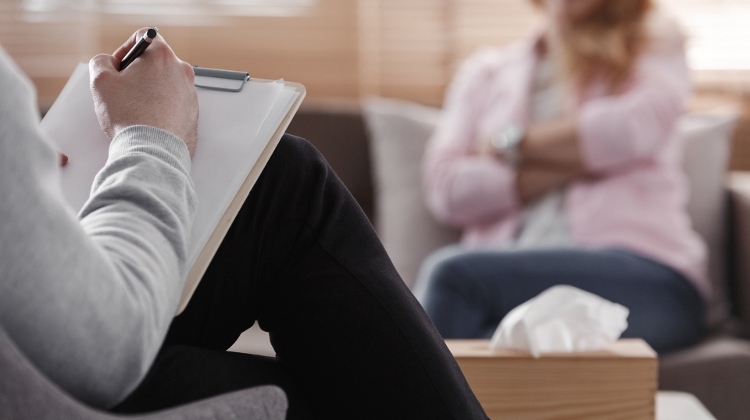 More and more people are interested in topics that start with ’psych-’, but sometimes people confuse what a psychiatrist does, and the differences between a psychologist and a psychiatrist.

Some psychologists take a clinical specialist psychologist exam, and they can then undertake training in a psychotherapeutic method.

A psychotherapist can be qualified as a psychiatrist, but also as a doctor with other qualifications. In my opinion, the medical profession is largely psychotherapeutic, as psychological influences play a big role in the healing process of most sick people.

Doctors often, even without our knowledge, give significant support to those who turn to them, primarily with their humanity, kindness and words of encouragement, and patients always perceive this correctly even while they are usually unable to assess the doctor's expertise.

The latter is rather identified with the doctor’s rank, titles, or by the recognition of the institution of the physician, thus these are also essential elements of healing.

Due to the increased demand, topics concerning the human psyche are also addressed today by people who have a completely different educational background but feel able to offer a solution to problems of a psychic origin.

Who am I thinking of here? The often well-intentioned, sometimes primarily business-oriented alternative healers, with whom the main problem may be that the effects of the ’therapies’ they represent are unproven, and often quite unrealistic and unscientific.

Even so, many believe in alternative therapies because they associate them with sympathetic signifiers, e.g., natural, organic, holistic, energy, chemical-free.

Because of the positive promises, many people really feel a positive change, but in most cases, it is not the promised method, but the placebo effect fueled by faith and confidence in healing. This, however, is worth assigning to truly proven therapies to aid healing.

Doctors must also have the skills to gain patients’ trust, for example they talk to their patients in a way the patients can understand, encourage them to ask questions, and give authentic, honest answers to questions.

As a doctor, I consider this to be the most effective psychotherapy, whose basis is a good doctor-patient relationship.

In my opinion, in addition to professional knowledge, it helps for example to employ humor and genial communication that relieves patients’ tension and facilitates open communication.

Once we see that, in addition to psychologists, virtually every doctor has to deal with patients’ individual psychology, let us look in more detail at the psychiatrist’s role.

First, I will describe the illnesses and psychiatric problems that I most often encounter in the psychiatric department at the Dr. Rose Clinic.

I grouped these together as they often occur at the same time and their biological backgrounds are the same, because usually the excessive readiness for stress, constant anxiety and physical and mental exhaustion triggers the trouble.

In people prone to depression, the consequence is mainly a depressed mood, an unpleasant, unhappy state, decreased activity, and negative thoughts, e.g., self-blame, feeling worthless, and in severe cases suicidal thoughts and attempts.

In depression, there are often a variety of general, bodily complaints, e.g., sleep disturbances, loss of appetite, pain, or other symptoms suggestive of illness. If people think that there is always a serious problem in the background, like a loss - e.g., grief, the severance of a relationship, loss of work, or other negative events - then they are mistaken, because often, together with a normal way of life, a feeling of dissatisfaction and insecurity can arise which causes increasingly severe symptoms in a vicious circle.

Depression tends to recur, causes severe suffering, is the most common cause of suicide, and can often result from alcohol or other substance abuse.

Depression can sometimes be accompanied by intense emotional states and may be associated with mild or more severe manic symptoms, which can occur alternately or commingled.

These mood disorders, often called manic depression, are medically known as bipolar disorder, where the role of an inherited biological predisposition is primary.

Feelings of despair and hopelessness, even when dramatically severe for the specific reasons mentioned, are not depression in themselves, and only become illness if you have more than one symptom beyond 2 weeks, and these significantly impair the quality of everyday life.

The period of mourning is not depression either, but cases of severe symptoms that persist for more than 6 months are also considered a pathological condition to be treated.

For people who are often anxious, worried about little things, and dissatisfied with themselves or their health, any change can cause fear, from which disease-level anxiety may develop.

These may include, in particular:

Panic disorder: anxiety-related symptoms associated with fear of death or insanity that can lead to severe organ distress, e.g., heart attack and stroke, hence patients usually first ask for help in a hospital or emergency department.

Generalized anxiety disorder: a constant worried, anxious state, a fear that something bad may happen that can result in a wide range of psychosomatic (a psychic background aggravating or causing a physical condition) symptoms due to a permanently tense state, e.g., chest tightness, a lump in the throat, abdominal pain, diarrhea, frequent urination, headache, musculoskeletal pain, but even a physical illness, e.g., irritable bowel syndrome, reflux disease, eczema or other immunological disease may be the root cause.

Agoraphobia: in its original meaning, a horror of the open marketplace is a spatial relationship which, in contrast to common parlance, is not simply a fear of open spaces, but of any situation where someone experiences that, if it feels bad to be somewhere, then it is difficult to escape or get help, hard to breathe because there are too many people or just no one who could help, the place is too narrow or too big, maybe unsafe, and whether or not they can leave feels out of their control, hence the most common triggers for sufferers involve public transport, big shops, shopping malls, queuing, big city traffic jams, bridges, highways, being home alone or in foreign places where, for example, the sufferer doesn't know where the toilets are, they are among strangers, or in a cinema, theater or elevator, etc.

These symptoms usually develop because of panic disorder or generalized anxiety disorder.

Social phobia: the development of anxiety symptoms in situations where someone feels that if something goes wrong, others will give them strange looks, make them feel ashamed, see them as stupid, and so they start to avoid situations such as talking to strangers or even acquaintances, they often don’t know what to talk about if it’s not specific, e.g., a professional matter, but even when it’s about getting acquainted with someone or chatting, they will not gladly talk in front of other people.

This includes fears when, for example, the presence of others during meals, using the toilet or other activities causes excessive tension and anxiety, so everyday social situations are also a problem. Its mild form occurs in almost all people as a fear of the limelight.

Obsessive-compulsive disorder: there may be recurring, strangely alien and anxiety-inducing compulsive thoughts that the patient concerned considers to be perverted, meaningless, not grounded in reality, a sign of mental disorder, and fears that if such a thought comes to mind they may want to hurt or kill someone they love, and because of that they are not really normal, or that if they think something inappropriate, they will be responsible for causing someone trouble.

Compulsive acts are usually exaggerated activities or rituals to ward off compulsive thoughts, e.g., handwashing 100 times a day, repeated checks to see if something that could possibly lead to trouble is closed or locked, such as a door, window, faucets, the gas or electricity.

Depression and anxiety symptoms can also be caused by frightening, protracted, life-threatening physical illnesses, in which case it is worthwhile dealing with them in addition to the underlying disease, because they often worsen the outcome of the existing complaint, e.g., making it more difficult to adjust fluctuating high blood pressure.

The borderline between psychiatry and neurology includes diseases that cause mental decline and dementia, which is most often caused by Alzheimer's disease and cerebrovascular disease.

In the case of addictive disorders, dependencies and substance abuse, the most important thing is for the person concerned to recognize and accept that they cannot control their problem alone, and that they should talk to a specialist and/or attend an Alcoholics Anonymous or Narcotics Anonymous group.

Contrary to popular belief, schizophrenia is not a disorder that causes a splitting of consciousness, that is, double self-awareness, but most often causes strange, unusual perceptions (hallucinations) and thoughts (believing that others are observing or eavesdropping on them, that someone wants to hurt them, that others are whispering behind their back, talking about them in the street or, for example, influencing their thinking on the TV or internet), which they experience as real even when others prove otherwise.

These symptoms are sometimes relegated to the background, but the sufferer begins to disregard other people, neglect their studies and work, and often themselves, living in their own world.

There is a proven cure for each of the listed diseases, which can be medication or other biological therapy, e.g., light therapy or sleep withdrawal in depression, maybe psychotherapy, and maybe a change of lifestyle/life situation, but usually a combination of these is the most effective and lasting solution.

A psychiatrist or psychologist also often meets people during a bad period in their lives who are not ill, but are stressed because of their relationships, their work, they are unhappy or find themselves in a crisis (sudden, unexpectedly difficult life situation), they do not see the solution and they feel that others do not understand them, so they seek help. In this case, supportive psychotherapy and a professional consultation are the solution.