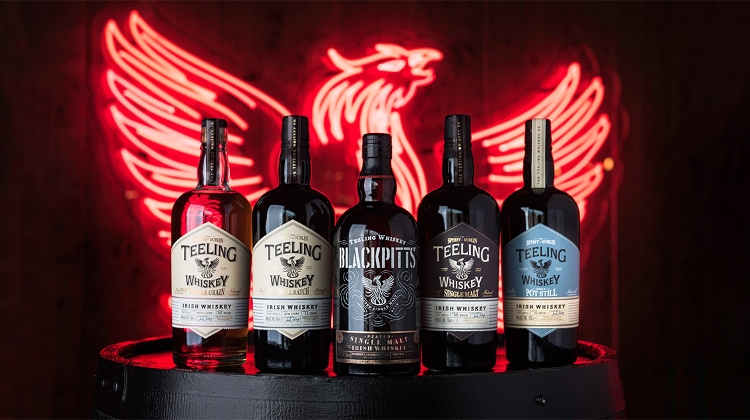 Annually Irish whiskey culture is celebrated in March worldwide, and in Hungary too. But who was St. Patrick, and why do the Irish celebrate him? Here everything is revealed, and in addition you can now try out Teeling products at a discount price as part of a lightning promotion by WhiskyNet Hungary.

The Legend of St. Patrick – A brief Summary

According to Irish history, shortly after St Patrick arrived in Ireland, he lit a fire on a hillside near a town called Slane: making it public that the word of the Lord now rules over the island.

The local king did not like Patrick’s actions and the glorification of the Lord, so he told his captives to have a better view of Patrick and leave the country, for there he alone could be the Lord, no one else.

Why is a Three-Leaf Clover on the Irish Flag?

The Druids warned the king to treat St. Patrick well because his power would survive the Irish rulers. St. Patrick explained to the king the significance of the Holy Trinity by bending down and tearing off one of the clover shoots at his feet: he used the three green leaflets as a symbol.

The king was influenced by what St. Patrick said and was relieved. From then on, he treated St. Patrick differently. The three-leaf clover often appears on the Irish flag as well as on the Irish map: St. Patrick’s Day, the patron saint of Ireland, is also an Irish national holiday.

The whiskey-making tradition of the Teeling family dates back to 1782, when Walter Teeling opened a small artisan distillery in the heart of Dublin. The current generation - Jack and Stephen Teeling - entered the history of Teeling whiskey in 2015 when they opened their own new distillery in Dublin: the Teeling Whiskey Distillery.

The newly built distillery is not only a manufacturing plant, but also a modern visitor center. Anyone who visits the facility can gain insight into the operation of the distillery and the production of Teeling whiskeys. In recent years, Teeling whiskeys have already won nearly 100 awards in prestigious international competitions. 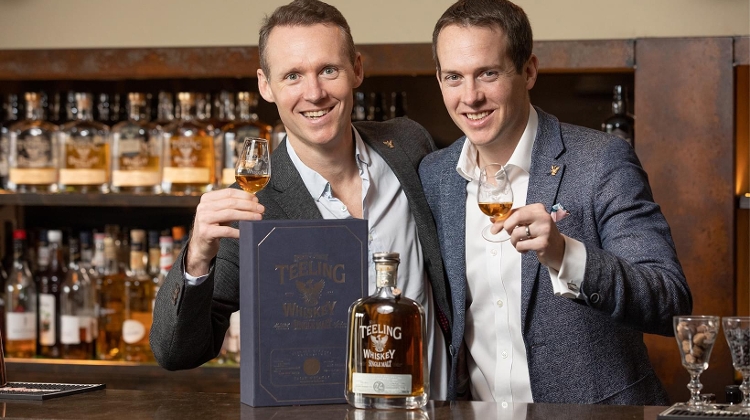 The Teeling Whiskey Company logo is a phoenix - the mythical bird that is sometimes devoured by fire and then revived from its ashes. The phoenix symbolizes the Teeling family and their whiskey extremely well: although the Teeling family has been present in the Irish whiskey industry since 1782, they revived both their old traditions and the Irish whiskey industry from their ashes with the opening of a new distillery in 2015.

Why is Irish Whiskey So Good?

Irish whiskeys are steamed three times to make them lighter. In their world of taste, floral, grassy, ​​light aromas are predominant. The Teeling Whiskey distilleries were named Alison, Natalie and Rebecca after Jack Teeling’s three daughters. Let's take a closer look at some of the Teeling bottles:

Teeling Small Batch, as its name suggests, is a mixed whiskey dispensed in small portions with an exceptionally high malt whiskey content. It is matured mainly in first-fill bourbon barrels. It is interesting that it is finished in a rum barrel, which gives the drink extra spiciness. Also available in a beautiful gift box.

Teeling Single Grain - The Secret of the Cabernet Sauvignon Barrel

This Teeling whiskey was distilled in the columns of Cooley and then, quite unusually, especially in Ireland, matured completely in a California wine barrel in which cabernet sauvignon had rested before it. From here it gets its captivating dark copper colour and spicy-fruity flavours. And for its smooth, balanced sweet aromas, it is mainly the corn ingredient and the colonnade that are responsible.

The interesting thing about this excellent nectar is that half of the malt was allowed to germinate and the other half was just added smoothly to the mash, thus creating a truly unique flavour. This is the single pot still category that is unique to Irish whiskey.

This is surely the first smoked single malt whiskey of the Teeling Distillery's self-distilled peat, without age marking.

On the one hand, this release is the next step in Teeling's efforts to launch unique and innovative whiskeys in Irish whiskey production, presenting the widest possible range of flavours it offers.

On the other hand, it is also a return to Irish tradition, showing the ancient way of making Irish whiskey, malting with peat and its end result.

Click here to have a look at the great range available