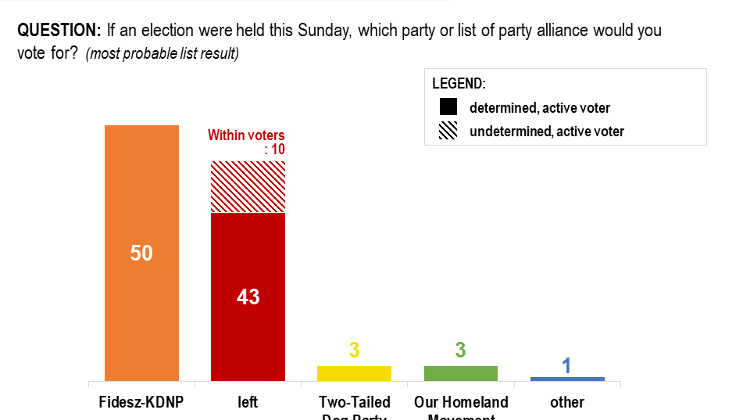 A large majority of active voters, 68%, saw the ruling Fidesz-Christian Democrats (KDNP) winning the general election if it were held this Sunday, according to a fresh survey of the Nézőpont Institute.

Only 15% of active voters anticipated an opposition win, the survey published in the Wednesday edition of the daily Magyar Nemzet found.

Pro-government voters are overwhelmingly confident about the elections, Nézőpont said.

Among opposition voters, 42% saw their side winning as against 36% who anticipated a victory by the ruling parties, Nézőpont said.

Active voters have not changed their minds since December 2021, Nézőpont said, suggesting the “leftist parties’ failure to get organised”.

“Due to constant delays in finalising a joint list, delays in finding common ground on campaign issues, a lack of messages offering an alternative and [joint prime ministerial candidate] Péter Márki-Zay’s weak campaign performance, the past month has failed to bring about positive turn for the anti-government forces,” Nézőpont said.