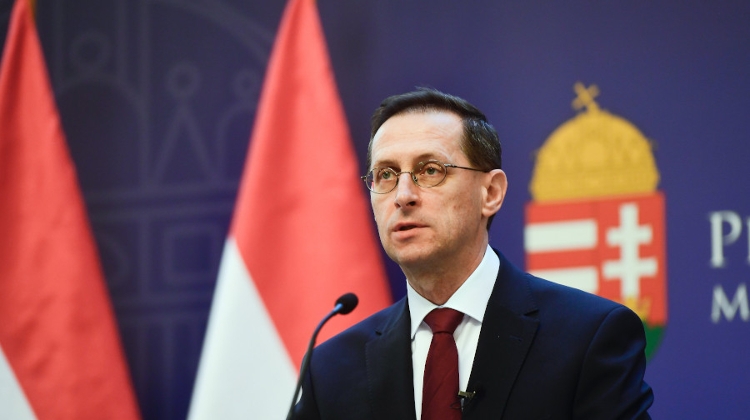 Hungary’s government is running a disciplined, tight budget, Mihály Varga, the finance minister, said in an interview to public radio on Sunday, noting that it boosted reserves at the end of last year and rescheduled investments this year.

Varga said the ministries have already adjusted their spending in light of the cap on spending of 350 billion forints (EUR 974m) enacted at the end of last year.

At the same time, the government seized the opportunity to make longer-term investments, and this year, too, Hungary’s investment rate will be higher than the EU average, he added.

Varga said it would not be necessary to cut spending any further than measures already taken, with 755 billion forints already lopped off expenditures. So this year, the deficit will be one percentage point lower than the original target of 5.9%.

With greater financial stability and more bullish investor sentiment, growth will be aided in the long run, he said. Also, measures taken during the coronavirus epidemic are expected to aid the budget to a speedier return to balance, he added.

The economy was already on a robust growth path before the outbreak of the epidemic, the minister said, adding that growth in 2019 was the highest in the European Union. Post-crisis, the economy has since returned to this growth path relatively quickly, with a GDP increase of 6.4% expected in 2021 and well over 5% this year, he added.

Growth will lay the foundations for further tax cuts in addition to those made over the past ten years, Varga said.

The minister said that whether the cap on the price of fuel at the pump can be maintained at 480 forints after Feb. 15 would depend on the price of oil on the world market, which, he added, was unpredictable.

Varga said that development funds linked to the EU recovery programme were contained in the budget, and even a lack of an agreement with the European Commission would not forestall their launch.

Meanwhile, he said that debt amassed in 2020 had eased in 2021, and the final figures would be available in February. Whereas average debt levels in Europe shot up to over 100% of GDP from around 80%, in Hungary’s case debt rose from 65% to 80%.

Monetary policy, Varga said, was decisive as regards inflation, and Hungarian policymakers have taken steps since mid-summer to curb it with higher interest rates, which meant higher state spending on financing government securities and debt.