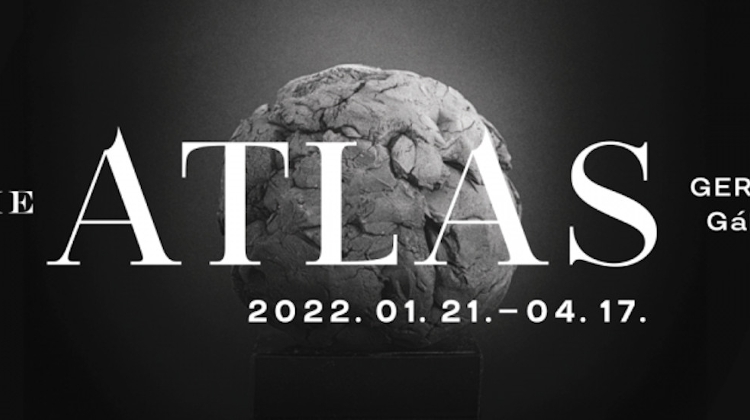 On display until 17 April. What are we to do with the traditional instruments of scientific knowledge in an age when facts are losing their grip on the public imagination giving way to arguments of emotion and personal conviction? Most likely it is not the local library where one would go looking for answers.

Instead, we reach for one of our digital devices with which Wikipedia, the encyclopaedia that anyone can edit, is just a few clicks away:

Atlases (collections of maps) and their cognate genres, encyclopaedias and reference books, are textual and/or visual depositories of human knowledge. Ever since the Enlightenment, authors of such works have set out to measure and systematize the world with the ambition of comprehensiveness.

These books are known as special and conventional places for storing universal knowledge… at least they had been until the rise of the world wide web. ATLAS was based on this common understanding.

The exhibition’s centrepiece, Gábor Gerhes’ atlas of the same name is 368 pages long and complete with illustrations. ATLAS has all the characteristics of the atlas format but upon reading, it conjures up a world that is both uncannily similar and completely alien to our own. In lieu of universal conclusions and ultimate explanations, ATLAS offers a presentation of Gerhes’ personal worldview and questions emerging from it.

Acting as aninventory of both his oeuvre and life experience, the book systematizes and showcases works which are based on the observations he made (starting from his childhood) and the unique objects he collected.

By giving pride of place to personal interpretation and subjective experience, Gerhes calls attention to the democratization of the genre. Consequently, the structure of the twelve plus one books of ATLAS follows a rather idiosyncratic logic: chapters are uneven in length and their content is sourced from the established, the occult, and the alternative sciences, as well as from literature and art. Last to be finished but first in the row of volumes, A Newtonkenotáfiumról [The Cenotaph for Newton], serves as a preface and an aid to understanding the opus.

Sir Isaac Newton, the founder of modern physics, dedicated the major part of his career to problems that by today are familiar almost exclusively to historians of science; astrological and alchemical writings in his archive by far outnumber those on mathematics and physics.

His epoch-making life work was the product of an age of competing world views and a monument to the role occultism played in the emergence of the natural sciences and in the shaping of the methods and instruments of Enlightenment scientific inquiry.

In the 18th century, the time of knowledge systematization, this duality gradually disappeared: the esoteric approach, which, in a holistic manner, tried to grasp the cosmos in its complexity as an absolute whole, together with man’s place in it, began to fade.

After doing away with every major religious, political, and philosophical system, science assumed the place of “magic” and became the “religion” of the Enlightenment.

We are now aware that, despite all the benefits of rationalism, the project of the Enlightenment, with its firm belief in the power and infinite potential of the human mind, was far from being a complete success.

In the criticisms levelled against global capitalism, every day we are facing the menacing failures of the post-Newtonian age, while simultaneously witnessing a surge in alternative sciences, private zealotry, sectarianism, and esotericism.

Gerhes’ work has from the start been informed by this dual experience. As an act of synthesis, ATLAS is an attempt at the total – and, paradoxically, deeply personal – reinterpretation and actualization of a traditional genre.

Book Ø of ATLAS might be of help in identifying the function of the building next to us: the design for The Cenotaph for Newton, a funerary monument for a person interred elsewhere, was drawn up in 1784, by Étienne-Louis Boullée, whose architectural ideas, many unrealizable in his time, had a major impact on his 20th century colleagues.

His treatise Architecture, essai sur l’art was first translated into Italian in 1967 by architect Aldo Rossi, who, as for him, consistently explored the possibilities for the representation of decay and death. One of his chief works, the ossuary in the San Cataldo cemetery in Modena was inspired partly by this interest and partly by a car accident he suffered in 1971, the year of planning.

While recovering in hospital, his injuries being constantly inventoried, Rossi was made to reckon with his own mortality. This painful and melancholic experience of the fragility of the bones that make up the human skeleton completely changed his earlier views on architecture and basal structures.

Rossi’s cube-shaped ossuary can be seen as the model, both in form and in spirit, for the present installation: the two buildings, both monolithic, cold, and catalogue-like, are exercises in architectural melancholy.

Melancholy is a complex term whose history has seen many changes in meaning; we nowadays consider the mind of the melancholic person to be predominantly fixated on irrational phenomena that are grasped in momentary flashes of ineffable insight rather than by reason. Representing the liminal space between life and death, the sepulchre is highly evocative of this state.

The intentionally ambiguous building erected in the church hall is not only a manifestation of the shifting purposes of the places where knowledge is traditionally stored (library, bookshelf, museum), but also an ideal environment for contemplation guided by the photographs in ATLAS.