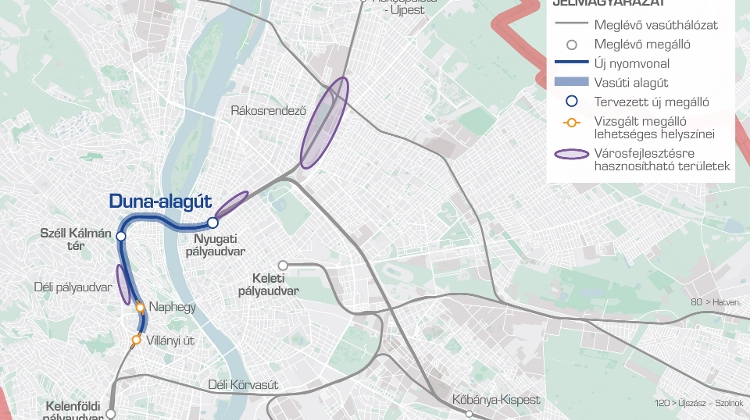 The Budapest Development Centre (BFK) and Főmterv have signed a contract to prepare an environmental impact study for a planned tunnel under the River Danube linking the city’s suburban railway lines, BFK head Dávid Vitézy said on Tuesday.

The 850 million forint (EUR 2.4m) study is part of the government’s Budapest Suburban Railway Strategy, and will be co-financed by the government and European Union, Vitézy said.

The impact study will review the environmental effects of a tunnel linking the Kelenfold railway station and Széll Kálmán Square in Buda, and the Nyugati railway station in Pest, as well as a reconstruction of the latter, he said.

Budapest’s suburbs, currently served by 42 railway lines, would need over 90 to satisfy demand, he said. A new, two-level railway station would greatly relieve the system, he said.