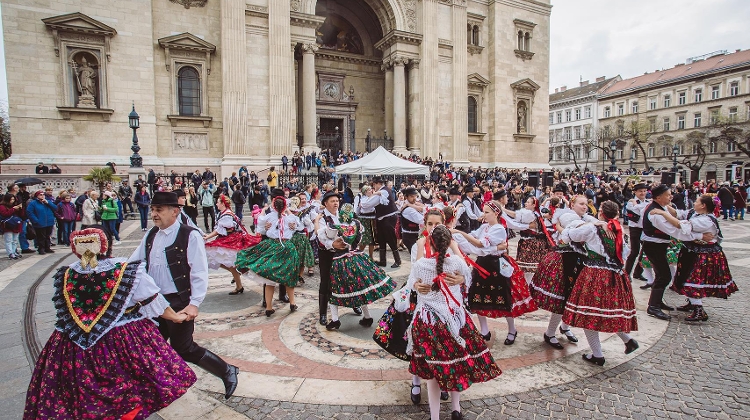 The Budapest Spring Festival will offer 170 programmes including concerts, theatre performances and dance events between April 29 and May 15, the organisers have said.

The festival will begin with several dance events including flashmobs at Kolosy and Teleki Squares and the Fény Street Market to mark International Dance Day.

In the evening, the Éva Duda Dance Company will show two new productions, the Golden Section and I Shall Be Free, at a new venue set up at the former mineral water bottling plant of Margaret Island.

On April 30, folk, hip-hop, Argentine tango and salsa dancers, among others, are awaiting the public to join dancing throughout the day from 10am until 8pm at central Madách Square.

On the same day, the Budapest Festival Orchestra will give a concert featuring pieces by American composers including William Grant’s Still Darker America, John Adams’ Violin Concerto and Charles Ives’ Symphony No 2.

In Vígszínház, Kata Weber’s award-winning Pieces of a Woman drama will be shown by Poland’s TR Warsaw on May 4-5. In the park of City Hall, Swiss photographer Michael von Graffenried’s exhibition The Hungarians can be seen while Jazzfest Budapest will offer concerts by 200 performers of different generations in music clubs, cafes and outdoor venues from April 27 until May 12.