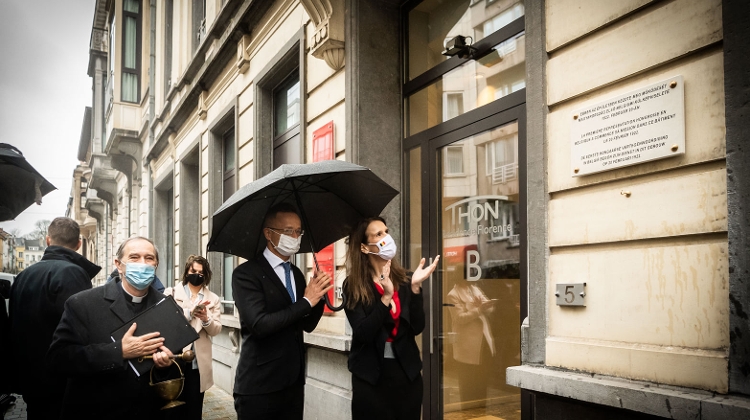 The foreign ministers of Hungary and Belgium unveiled a plaque in Brussels on Monday to commemorate the 100th anniversary of the opening of the first Hungarian embassy in the city.

Péter Szijjártó of Hungary spoke about the history of the past 100 years, highlighting its “many progressive and some sad developments” and said “after 100 years, issues of security are being raised again because of crises in the eastern parts of the continent as well as coronavirus pandemic”.

“The critical situation highlights the importance of consistent dialogue based on mutual respect,” he said.

Hungary and Belgium are friends; Hungary “celebrates the centenary in that spirit and will cooperate with Belgium in that spirit in the next 100 years,” Szijjártó said.

Belgium’s Sophie Wilmès referred to her country accommodating children from Hungary after the first and second world wars, as well as granting asylum to Hungarian refugees after the failed anti-Soviet revolt of 1956, making a special mention of economist Sándor Lámfalussy, “the father of the euro”.

The centenary reminds the parties of bilateral economic ties, of values, principles and duties linked to their NATO and European Union membership, Wilmès said.

Belgium always urges dialogue on such issues as shared values or the rule of law, especially in times such as of the crisis currently facing Europe, she said.