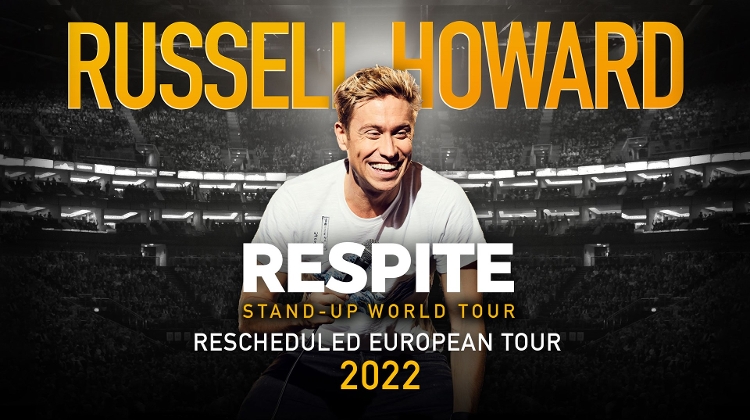 From the organisers: We have some sad news to share: We just received word that unfortunately due to unforeseen circumstances, Russell's management Avalon had to cancel Russell Howard's Budapest show.

This news is also heartbreaking for us. The May 29th show was almost sold-out despite it being rescheduled multiple times due to Covid; we were eager to welcome Russell for his first ever show in Hungary, but unfortunately it will not be this year.

We ask for your understanding.

Everyone will get a full refund from Tixa until May 6th.

Russell is coming to Budapest for the first time with his biggest ever globe-spanning stand-up tour - this follows the record-breaking success of his 2017 tour 'Round The World' which become his celebrated Netflix special 'Recalibrate'.

“One of the world’s top comedians” The Sunday Times, UK

“He's cheeky, he's charming, and he may be your new favourite British export in a Brexit world” Time Out, USA