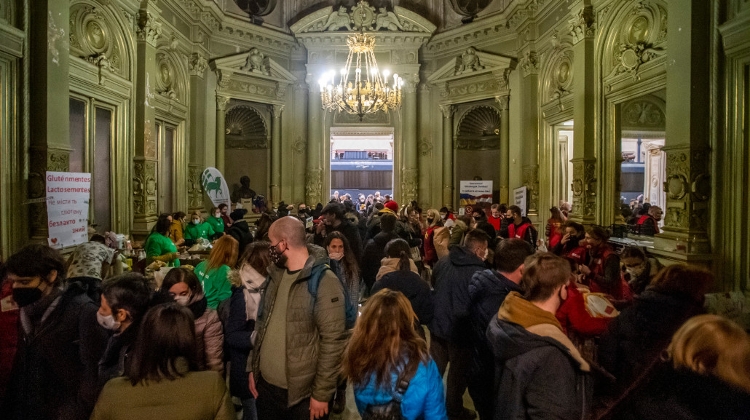 Refugees from Ukraine will be given the chance to travel free of charge on Budapest’s public transport network from Friday, the city’s mayor announced. Also, from Monday, a 24-hour information centre in the Nyugati Square underpass will be available, Gergely Karácsony said.

Free travel for Ukrainian citizens who are refugees will be available until April 15.

But people with Hungarian citizenship who have fled Ukraine because they do not have refugee status will not be given the same opportunity, he said, adding that the government would hopefully address this issue soon.

The mayor told MTI all children under the age of 14 from Ukraine would have free travel rights.

The metropolitan council is currently taking care of more than 200 refugees using its own budget, and it is also consulting with district councils with a view to expanding the number of refugees receiving care, he said.

Concern is especially focused on Hungarians in Transcarpathia, he said. Meeting a request by the city of Berehove (Beregszász), the Budapest council is providing emergency aid of 20 million forints (EUR 52,620) as well as equipment and food.

Commenting on the government’s announcement that the wearing of masks would no longer be obligatory indoors from Monday, he said mask-wearing would not be required on public transport in Budapest, though he advised people to carry on wearing a mask if they could.