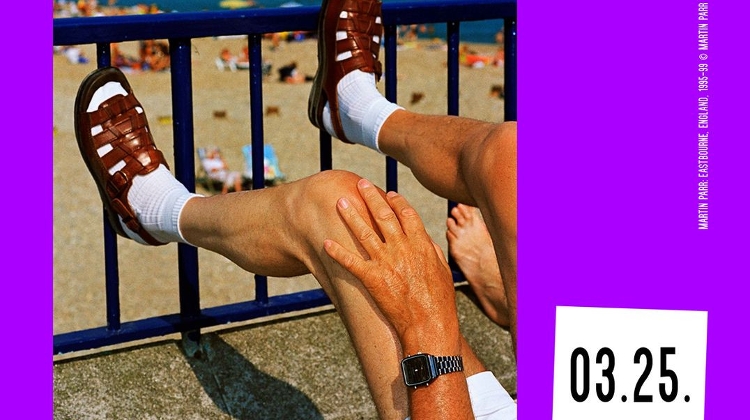 It was on display until 26 June. The Budapest Photo Festival is an annual city-wide exhibition series what represents the contemporary and classical values of the photography by the presence of the Hungarian and international art scene. The aim of the Festival is to create Budapest to be the „City of Photography”.

The festival has two highlighted exhibitions as a frame: the opening international show and a Hungarian contemporary overview.

The emphasis, – next to the two highlighted exhibitions – , is on the presentation of the national and international contemporary scene, by the program of the biggest galleries, museums and the International Cultural Institutes of the Hungarian Capital.

Martin Parr, British photographer and the star of Magnum photos, is one of the best-known representatives of European contemporary colour photography, whose work is on show in Hungary for the first time.

A tireless chronicler of the present, for more than four decades he has been exploring the phenomena of everyday life, from the British perception of the weather, the ideal home, or shopping and entertainment habits, to capturing the national character.

The exhibition Life’s a Beach, held in two rooms of the Műcsarnok | Kunsthalle Budapest, features a selection of his observations from popular beach resorts. Parr has had an intimate relationship with the seaside since childhood, often visiting the beaches of northern England with his amateur photographer grandfather, and later returning as a young photographer to show how the average Englishman holidays.

For Parr, the seaside is an exceptional public space where the absurdities of general human behaviour and the local oddities blend seamlessly together. People can relax, indulge in their pleasures, sunbathe or read, and the photographer can indulge in experiments with the camera.

The exhibition offers a glimpse into the different periods of his four-decade career, from The Last Resort (1986), a series set on the seafront of New Brighton near Liverpool, which marked the beginning of his international career, to No Worries (2012), a series documenting the port cities of Western Australia.

Whenever he was concerned with stereotypes surrounding Europeans, or bizarre manifestations of consumerism, or even what the English thought of England, Parr would go for a walk along the coast. He visited the Spanish resort town of Benidorm, the beaches of Belgium, the shores of Lake Garda, the Crimea, Latvia, and then left Europe to Goa in India, the beaches of South America, including the famous Copacabana, and Bali in Indonesia.

Life’s a Beach can be interpreted as a gentle Gulliver's warning. The photographs not only inform, make us smile or amaze, but also draw our attention to the changes in the world, for instance our ideas about recreation or the contradictions of mass tourism.

The exhibition was released by the cooperation of British Council.

Martin Parr (1952) is a British photographer and one of the best-known exponents of contemporary documentary photography. During his career, he has published over a hundred photo albums and edited some thirty books.

He was selected as chief curator of two photography festivals: the Arles Photo Festival in 2004 and the Brighton Photo Biennale in 2010.

Parr selected and curated the exhibition Strange and Familiar (2016) at the Barbican Centre in London, which explored the socio-cultural milieu of the United Kingdom through the work of international photographers.