Hungary Reaffirms it Will Not Forward Weapons or Troops to Ukraine 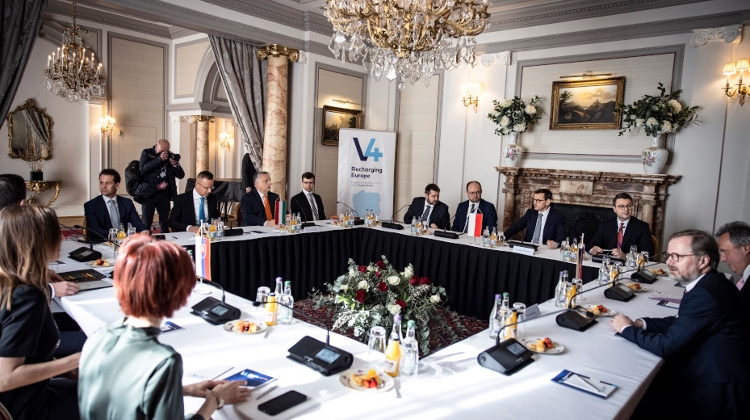 Prime Minister Viktor Orbán made clear in London that Hungary will not send troops or weapons to Ukraine, nor will it allow transports of weapons to cross its territory “directly to the state attacked by Russia”, Foreign Minister Péter Szijjártó said late on Tuesday after attending talks alongside Orbán with Visegrad leaders and Prime Minister Boris Johnson.

On returning to Budapest, he said the talks, including a bilateral meeting between Orbán and Johnson, had focused “exclusively on issues around the Ukraine war and security challenges resulting from the conflict”, and he dismissed “fake news” reports regarding the talks.

Hungary, the Czech Republic, Slovakia, and Poland are all interested in creating peace and providing assistance to Ukraine but “each is doing so in its own way”, Szijjártó said.

The other three Visegrad countries have decided to allow the transit of lethal aid, while the Hungarian government is helping Ukraine “by way of the largest humanitarian operation in its history”, the minister said, adding that this assistance was exclusively humanitarian.

Hungary should not get mixed up in the conflict, he said, adding that the government’s first duty was to protect the Hungarian people. Also, the Hungarian government “cannot support sanctions that could jeopardise the country’s energy supplies”, Szijjártó said.

Without gas from Russia, “there will be no heating” and industry would face serious difficulties, he said.

Representatives of the government are scheduled to hold talks in Serbia on Wednesday, he said.