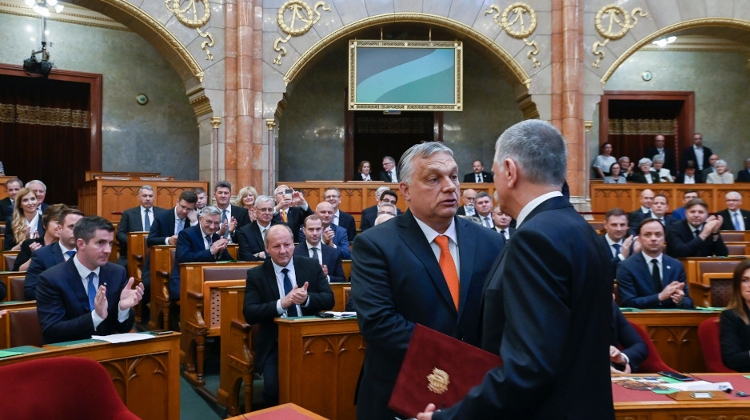 Hungary's lawmakers took their oaths on Monday at the start of the new parliamentary cycle.

The ruling Fidesz-Christian Democrat alliance has 135 seats in the 199-seat parliament, the Democratic Coalition has 15 seats, while Jobbik, Momentum and the Socialists have 10 each.

The radical Mi Hazánk (Our Homeland) party, which passed the parliamentary threshold for the first time in 2022, garnered six mandates, as did Párbeszéd.

The green LMP party has five seats. The German minority has one seat, and one lawmaker was expected to sit in the assembly as an independent. The new parliament’s inaugural session was opened by President János Áder.

Lawmakers of the opposition Democratic Coalition (DK) and Momentum parties left the session immediately after the oath-taking ceremony.

Momentum said on Facebook ahead of the session that its lawmakers had taken an “alternative oath” to serve the “entire society rather than a small privileged elite.”

Ákos Hadházy, who won a mandate as an independent, did not attend the ceremony, and since he did not take his oath, he is not entitled to exercise rights as a lawmaker.