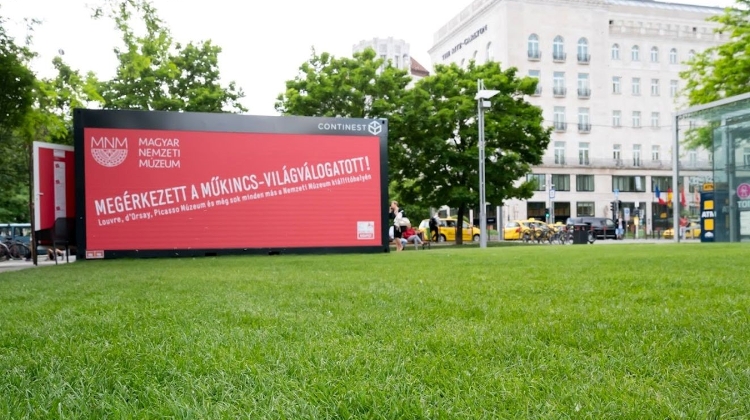 The exhibition offers visitors an opportunity to learn about 2,000 titles from the collections of leading French museums including the Louvre, the Musée d’Orsay and the Musée National Picasso using tablets and VR headsets.

He expressed thanks to the French state and the French cultural ministry for the initiative, which he said is instrumental in bringing the cultures of EU member states closer to one another.

“It is important to take exhibitions outdoors so that they can better attract the younger generations into the world of museums,” L. Simon said.

Sophie Sellier, the French cultural attache, said the digital exhibition has been organised in partnership of French and Hungarian cultural institutions. Launched in 2017, Micro-Folie has been expanded with major cultural titles from the collections of EU member states as part of the current French EU presidency, she said.

The exhibition will run until September 19.