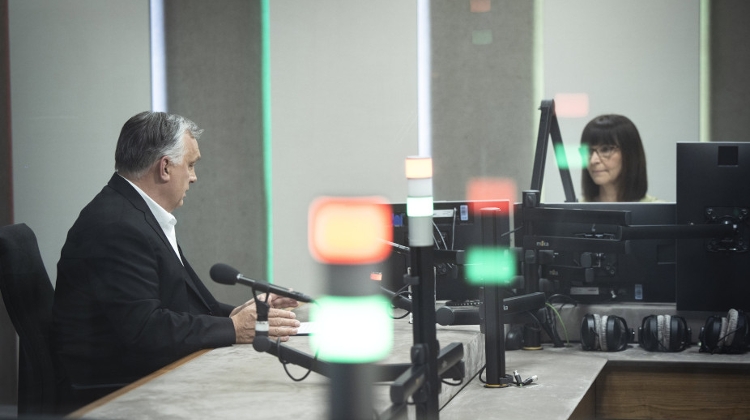 As PM Viktor Orbán tells Ursula von der Leyen, the President of the European Commission, that Hungary cannot accept ‘in its current form’ the Commission’s proposal to impose a ban on oil imports from Russia, the main government daily calls the Commission irresponsible.

On Wednesday, Ursula von der Leyen announced that the Commission proposes to phase out oil imports from Russia by the end of the year, whereupon Prime Minister Viktor Orbán sent her a letter on Thursday explaining that the sanctions would ‘divert vital national resources to redundant fossil fuel investments while relevant funding from the EU is only available to us on paper’.

In a second angry commentary in as many days on the planned ban on Russian oil imports, Magyar Nemzet believes the European Union is destroying itself.

The author, Zsolt Bayer, a founding Fidesz member known for his highly opinionated columns, tells European decision-makers that the United States has advised them not to impose an embargo on Russian oil supplies, as the ensuing increase in oil prices would compensate Russia for the loss – and harm the rest of the world. In an aside, he also remarks that the United States doesn’t oppose a ban on Russian gas supplies, as higher gas prices would help sell expensive American shale gas worldwide. In a bitter sentence, Bayer accuses the leaders of the EU of intending to ‘free Europe from Russian energy dependency by destroying Europe itself’’.

At the same time, he adds, the Commission is demanding huge material sacrifices from Hungary, whilst withholding EU funds from her.

A pro-government commentator fears that Hungary would find itself in war-like conditions if it has to cut oil imports from Russia, in line with the latest European Commission proposals.

Foreign Minister Péter Szíjjártó said Hungary ‘cannot responsibly support’ the planned European ban to end the import of Russian oil, as the country depends on Russian supplies for 65 per cent of its crude oil needs. Government spokesman Zoltán Kovács told CNN it would take Hungary 3 to 5 years to replace Russian oil. Hungary has so far supported all 5 rounds of European sanctions on Russia.

In Magyar Nemzet, Gergely Kiss warns that halting the inflow of Russian oil would result in extreme petrol shortages which would bring road traffic, the supply of consumer goods, and agriculture to a virtual standstill. Even if Hungary could find a replacement for Russian oil, it would require hundreds of millions of Euros and a long time to re-adjust its main refinery at Százhalombatta on the Danube, which was built specifically to process Siberian crude oil, the commentator of the number one pro-government daily continues.

Hungary would thus be hit much harder by a ban on Russian oil than Russia itself, Kiss believes, with war-like conditions including empty shelves, and hopelessly long queues in front of shops. ‘Luckily enough’, he writes, ‘Hungary has voted to return those to government who put the national interest first’.