7 Top Terraces for Summer in the Capital 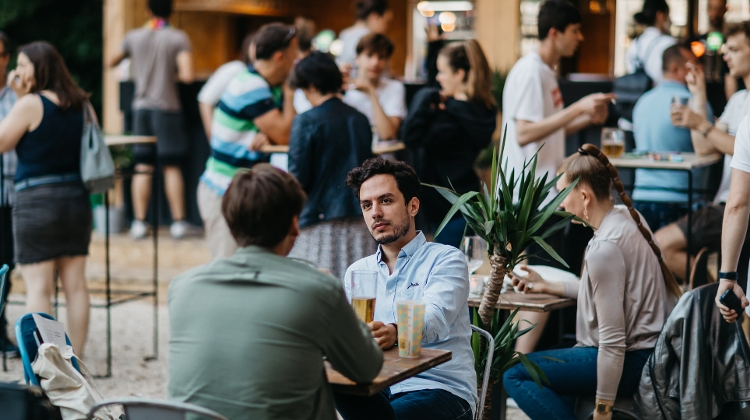 With the hot weather now upon us, it’s high time to find a terrace table, order a drink and chill-out as you watch the world go by.

Here are top tips for outdoor imbibing at cool alternative venues compared to the obvious options and various tourist traps in Budapest. 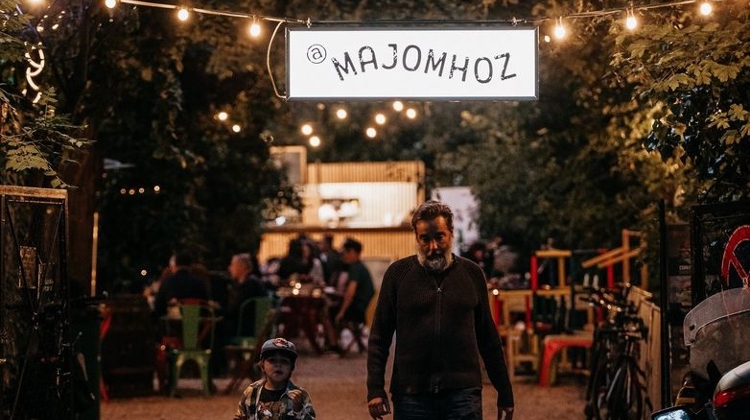 The secret garden of Buda opened in 2020, it is smuggling in a touch of festival atmosphere to the Városmajor area this year as well, with an occasional agenda of performances and events.

Renowned experts DiVino take care of the wine at Majomhoz (‘At the Monkey’s’), but there is also a separate gin and champagne counter, and street food provided by Burger Market. 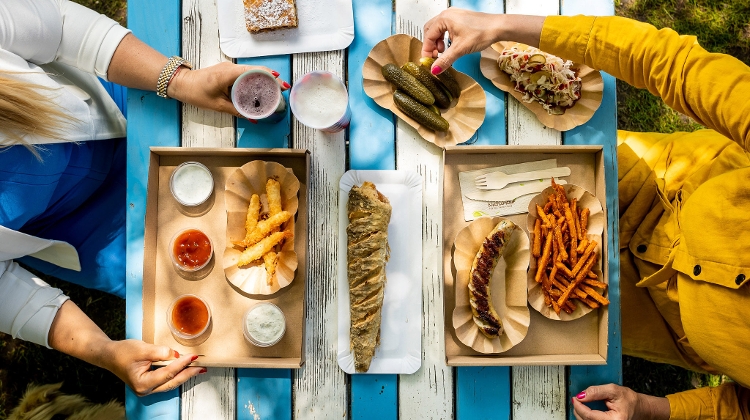 Those who prefer meat to fish, can choose from a selection of fried sausage, all washed down with various summer drinks. 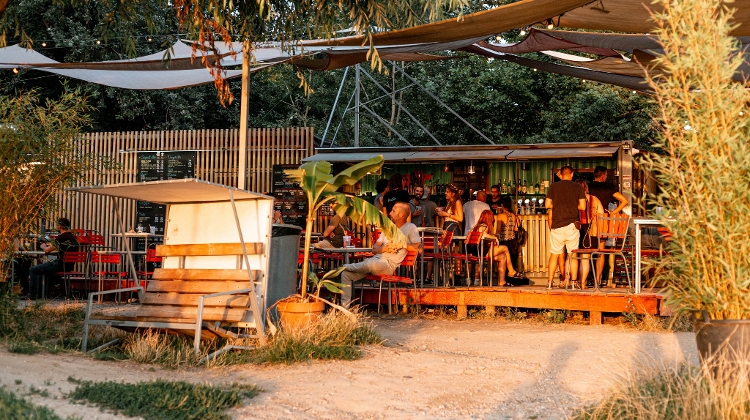 This is one of the most popular places on unspoilt Népsziget, the lesser-known of Budapest’s islands with its own bohemian scene, and the perfect place to take in sunset at the foot of Újpest railway bridge.

Young and old mix on the terrace, where local FIRST craft beers can be sipped and burgers devoured beside the Danube. 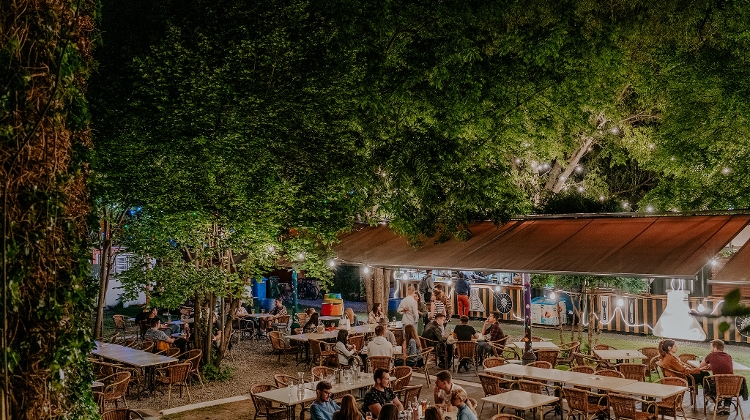 It opened just recently in the grounds of a historic factory in Óbuda by craft-beer crew Mad Scientist.

With the experience of running Mad Kert at the brewery and the Madhouse Bar in town, Tamás Szilágyi and team are well set up for this new venue, where gluten-free tacos can help soak up the various craft beers. 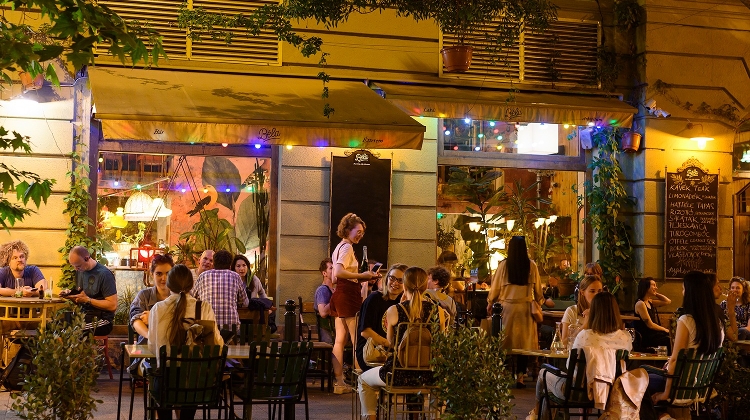 A favourite spot on Buda’s trendy boulevard Bartók Béla út, BÉLA is also named after an acronym of its various functions: bar, eatery, loft and arboretum.

Mainly, though, it’s a cosy place for dates and gatherings, its bohemian feel enhanced by a recent refurb as it welcomes new and returning guests to its shaded terrace. 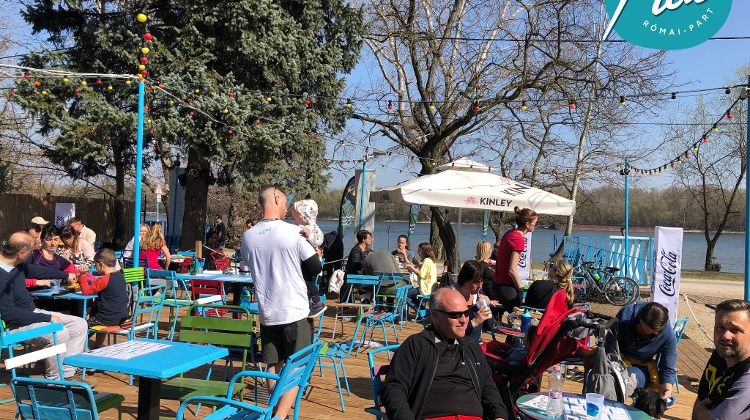 Garden Placc opened at the riverside Római-part in 2021, an ideal place to relax and unwind, with burgers served and HB wheat beer poured from the tap.

You can also rent a SUP, kayak or canoe and reward yourself with a drink and a deckchair afterwards. 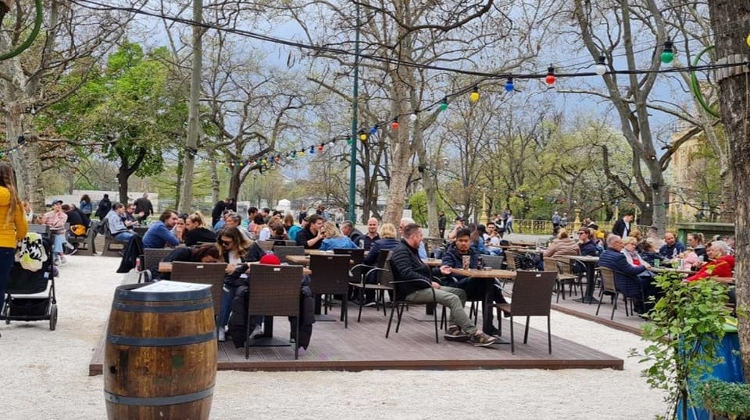 Its name is a play on words – referring both to the European green woodpecker, Bird of the Year in 2022, and to the spokes of a wheel – the cycle-friendly Zöld Küllő occupies a former transformer house behind pretty Vajdahunyad Castle.

Unlike its Disneyesque, lakeside neighbour, its greatness lies in its simplicity. Draught beer consists of its own brew, either a lager or, unusually, a ginger wheat beer, the house burger is made with juicy suckling pig.

Source: Text adapted with permission from an article on WeLoveBudapest.com in English