Watch: Video Message from Celine Dion about Her Concert in Hungary & Europe 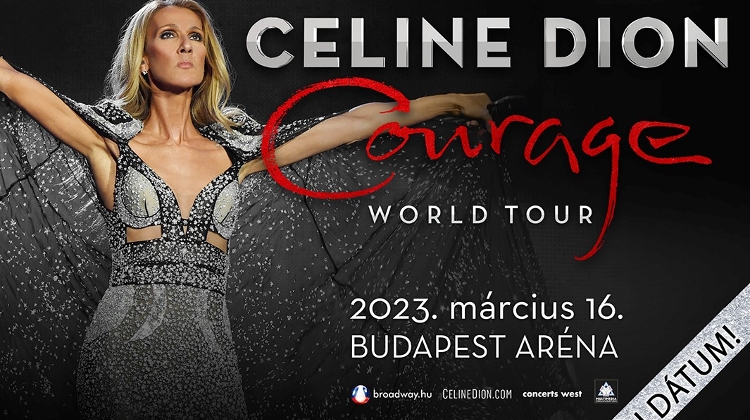 As Celine Dion continues her recovery, she announced the postponement of the spring dates of the European Courage World Tour between February 24 and April 11 2023 to spring 2024. While the shows between August 26 and October 4 2023 remain on schedule.

Celine performed the first 52 dates of the Courage World Tour in North America before the pandemic emerged which forced her to put on hold the remaining tour dates. During this time Celine has been diagnosed with severe muscle spasms, in order to seek treatment, she had to postpone further her ongoing tour. She is still under treatment and according to her medical team she is expected a full recovery.

The Spring leg of the tour in Europe will now begin in Prague on March 6, 2024, and end in London on April 22, 2024. The Budapest concert will be on March 26, 2024, at the Laszlo Papp Budapest Sports Arena, organized by the Broadway Event and the Multimedia Organisation.

„It hurts me to tell you that I won't be ready to restart my tour in Europe in February,” - Celine said. “I miss seeing all of you…being on stage...performing for you. I always give 100% when I do my shows, but I can't give you that right now. For me to reach you again, I have no choice but to concentrate on my health, and I have hope that I’m on the road to recovery.”

Tickets purchased for the twenty-three rescheduled dates will be honored for the new dates in 2024.

Tickets for the eight cancelled summer dates will be refunded. Thus, in the case of the concert in Budapest as well, the tickets are valid for the new date on March 26, 2024!