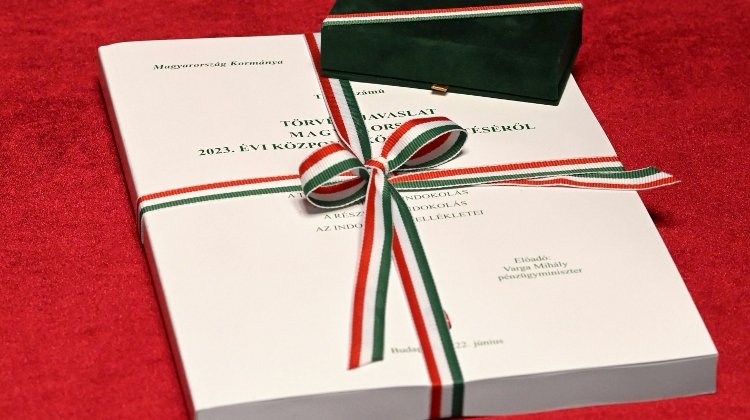 He insisted the government was allowing multinationals and banks to pass growing burdens on to consumers. By refusing to cut VAT on basic foods and children’s items, the government is taking the value of family allowances out of people’s pockets multiple times, he said.

Socialist lawmaker Zoltán Vajda, the head of parliament’s budgetary committee, said in a video posted on Facebook that the budget was anticipating much larger revenues and much smaller expenditures than this year’s, “and only staggering austerity can account for the difference”.

Contrary to the government’s assertion that the budget would save money on ministries, they are set to receive nearly 9,200 billion forints in 2023, as against 7,500 billion in 2022, he added.

László Toroczkai, leader of the radical Mi Hazánk (Our Homeland) party, told a press conference the budget reflected the government’s acknowledgement of the need for agriculture and food industry developments in the face of a looming food crisis.

At the same time, he called for further windfall taxes on the “profiteers of the coronavirus pandemic” such as IT giants and multinational companies “with German roots”.

Toroczkai slammed the government decision to exclude small companies and municipalities from the cap on energy costs, a measure extended from private consumers during the coronavirus pandemic.

Ruling Fidesz said in response that the parties “now invoking austerity and inflation have made it clear multiple times over the past months that they would scrap the cap on household utility bills, push the country into war, and mire Hungarians in the energy sanctions”.

Inflation is soaring in Europe due to the war in Ukraine and Brussels sanctions, and Hungary’s government has introduced unique measures to protect families and pensioners, the statement said.