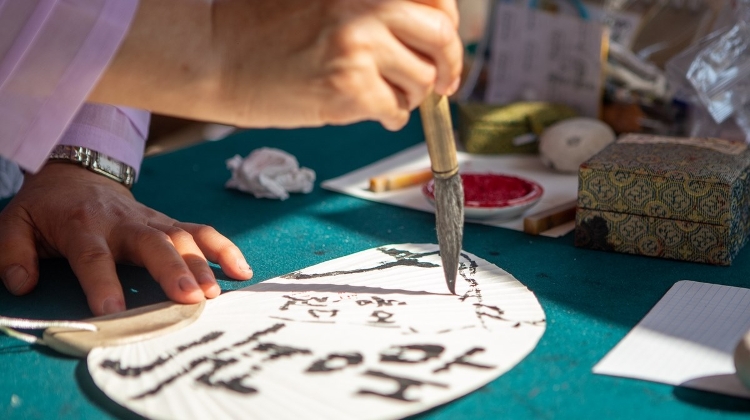 Between August 19 and 21, the country's largest folk art festival, the Festival of Folk Arts, will be held for the 36th time this year.

The biggest festival of crafts in the Carpathian Basin is organized in the Buda Castle with the participation of nearly a thousand Hungarian and foreign craftsmen. The event's guest of honor this year is South Korea, and the main theme of the festival will be crafts related to woodwork.

The country's largest folk art festival, the Festival of Folk Arts, will be held in the squares and cozy streets of Buda Castle between August 19 and 21.

At the festival organized with the participation of more than eight hundred Hungarian and nearly one hundred and fifty foreign artisans, it is not only possible to admire and buy folk handicrafts, but in the nearly one hundred visual workshops, visitors can learn about the ancient crafts and get a glimpse of the work of our artisan communities in the Carpathian Basin.

At the country's largest family festival, the youngest are welcome with a children’s program, folk children’s plays, and the adults with a fashion show, dance house and folk pub in the Buda Castle on the Tóth Árpád promenade, Táncsics Mihály and Tárnok street and via Szentháromság square to Dísz square.

This year's guest of honor at the Festival of Folk Arts is the Republic of Korea. In the workshops of Korean craftsmen, visitors can learn about calligraphy, temple and folk painting, traditional Korean patchwork, pyrography, ceramic art and paper weaving.

On the main stage, they enchant the fans of the South-East Asian country with a spectacular show program, traditional instruments, catchy dances and rhythms. Those interested in fashion can admire eye-catching Korean folk costumes at a hanbok fashion show. And those who are interested in Korean gastronomy can try the hot, sour, salty, bitter and sweet dishes at the same time.

Crafts related to woodwork will be the main theme of the festival. Among other things, there will be wooden headstone carving, making wooden spoons, chairs, flutes and bark vessels.

The best folk musicians, world musicians and folk dance ensembles of our country will perform at the festival. At the playground of the Hungarian Heritage House on Dísz tér, children are welcome with a puppet theater, children's concerts, dance lessons and craft activities.

All day long, stilt walkers, and showmen create an inimitable fair atmosphere at the Carpathian Basin parade of folk crafts in the Buda Castle.

On August 20th, St. Stephen's Day and the Feast of the New Bread are greeted with a blessing of bread and a procession of the masters.

As part of the National Holiday program series, the event can be visited free of charge!