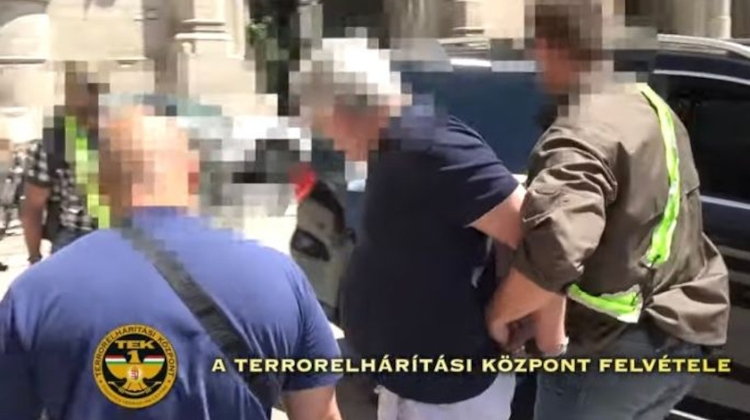 A Brazilian national arrested in Budapest on June 21 on charges of drug trafficking, money laundering, manslaughter and forgery will remain in custody during the appeal procedure against a ruling to extradite him to his homeland, the Budapest Appellate Chief Prosecution Office said on Wednesday.

The 64-year-old man was arrested on an international arrest warrant in Budapest, and the court ordered that he remained in custody during the extradition procedure.

The defence appealed that ruling, citing the state of the rule of law and prison conditions in Brazil.

At a press conference after the arrest, Zoltán Boross of the National Investigation Bureau (NNI) said the man was wanted for crimes punishable by up to 30 years in prison.

Addressing the Academia Paulista de Letras, Novák noted that Hungary’s Fundamental Law defines marriage as the voluntary union of a man and a woman, and declares all life protected from the moment of conception.

The Fundamental Law has been amended recently to contain the definition of the father as a man and the mother as a woman, she added.

Hungary spends over 6% of its GDP on family support, the president said, adding that the number of marriages doubled and the number of abortions halved in the past decade, while the readiness to raise children was rowing steadily.

Ahead of the event, Novák handed the Hungarian Order of Merit, Knight’s Cross, to Ferenc Hegyi, the head of the Hungarian House in Sao Paulo, in recognition of his work preserving the national identity of Hungarians living there.

“After Central Europe, I am continuing to strengthen the international relations of my country in Latin America.

I have been invited to Brazil because they are closely following for many years now how we are helping the Hungarian families,” Novák said in an English language post on Facebook.

“They are interested in how we have managed to put childbearing, child-rearing and jobs in the focus of our policies,” she added.

Novák travelled first to Rio de Janeiro, where she visited a navy base and met students as well as members of the Hungarian diaspora.

Her schedule includes a meeting with President Jair Bolsonaro in Brasilia.