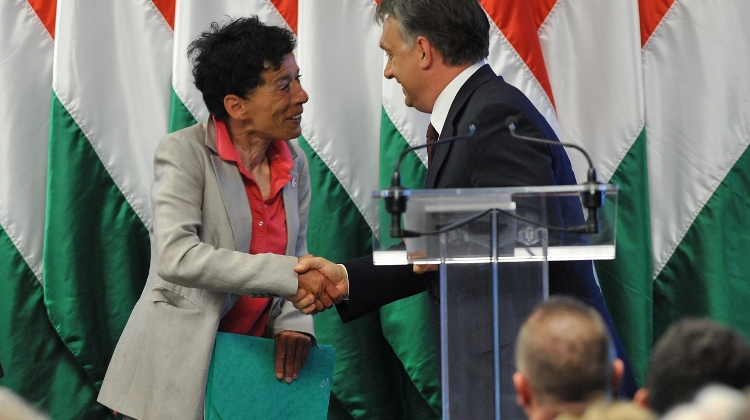 In an interview with the number one commercial TV station, a personal advisor to the PM who resigned to dissociate herself from the words of the Premier on ‘mixed races’ said she went public to ‘stop the madness’.

In an open letter to PM Viktor Orbán, sociologist Zsuzsa Hegedüs, Commissioner for Social Inclusion in the Prime Minister’s office, and a long-standing friend of Mr Orbán, said she couldn’t accept the language used by the Prime Minister in his speech last Saturday.

She called the expression ‘mixed race’ outright ‘Nazi speech’. In his reply, the Prime Minister wondered how an old acquaintance could suspect him of racism. He has always conducted a policy of zero tolerance of racism and anti-Semitism, he wrote, adding that, as a Christian, he knows that all humans are God’s creatures.

Reacting to the PM’s reply, Ms Hegedüs wrote she never suspected Mr Orbán of racism but insisted that she couldn’t accept the frase used by him.

In an interview with RTL television, Ms Hegedüs said she went public ‘to explode a bomb’, in order to make it impossible to use certain language in future.

She explained that irrespective of the speaker’s intentions, the words ‘mixed race’, if uttered by authoritative personalities, may lead to normalising racist speech and might lead Fidesz supporters to believe in such ideas. She expressed the same concern about anti-EU and anti-LGBT comments.

Mandiner reproduces a Facebook post by pro-government analyst Dániel Deák who believes Ms Hegedüs’s resignation is ‘not a huge loss’ for the government. Ms Hegedüs, he writes, has excelled in scandalously wasting money rather than hard work.