Hungarian Opinion: PM Admits His Words 'Could be Misunderstood' 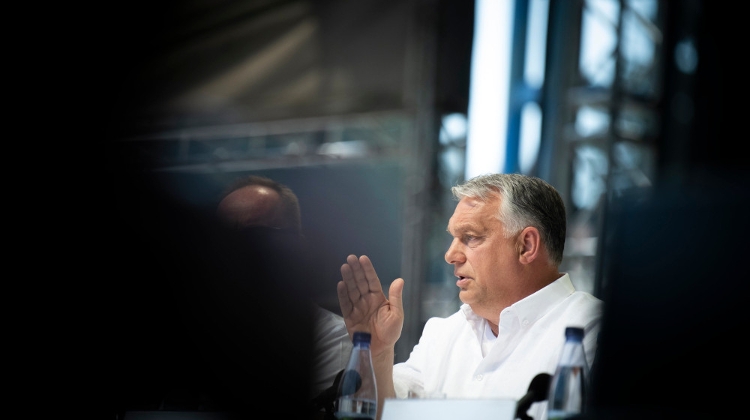 As the US Embassy in Budapest has issued a statement in defence of diversity, following the Prime Minister’s controversial remarks at Tusványos, some analysts have come to the defence of Mr Orbán.

In a short post on its internet site, the US Embassy in Budapest condemned ’rhetoric that gives oxygen to ideologies of hate and division’.

The statement recalls ’the genocide of millions’ in the last century and affirms that ’the diversity of our human family is one of its greatest strengths’. The embassy statement does not mention Prime Minister Orbán by name, nor his speech last Saturday, but the message was posted after critics accused the Prime Minister of using racist language.

At a press conference on Wednesday, Foreign Minister Szíjjártó said that after 16 years at Mr Orbán’s side, he could testify that anti-racism is ‘at the very centre of his heart’.

Speaking on HírTV, former LMP leader András Schiffer strongly criticised the Prime Minister for his choice of words but defended him against the accusation of racism. He found it obvious that Mr Orbán spoke about a real problem – that of mass immigration from other cultures, that could cause lasting difficulties in any society.

In Magyar Hírlap, Dóra Nagy lambasts critics who accuse the Prime Minister of racism, and even call him a ‘Nazi’. Had they troubled to read his whole speech, they would have realised what he actually spoke about, she writes.

She believes that instead of trying to understand Mr Orbán’s message, such commentators were just out to smear his reputation.