Apparently 'More Than Originally Announced' about BMW's Plant in Hungary 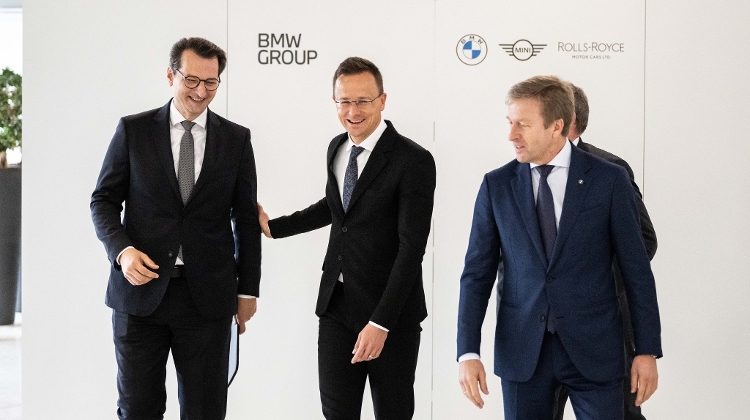 A new announcement can be expected next week in connection with the BMW plant being built in Debrecen, in eastern Hungary, the minister of foreign affairs and trade said in Munich on Friday, adding that the project would be “about more than what was originally planned”.

BMW’s investment in Debrecen will be a “success story” of the Hungarian economy, the foreign ministry cited Péter Szijjártó as saying.

The German carmaker is building a plant in Hungary that will completely combine environmental protection with competitiveness, Szijjártó said.

“This plant will be what industry will look like over the coming decades,” the minister said.

“Hungary and Debrecen together with BMW will show the world something that will only become commonplace in the global economy over the coming decades.” The Debrecen plant won’t just be one of the most cutting-edge plants in Europe, but also in the entire world, he said, noting that the carmaker will build its first full platform for electric models at the east Hungarian factory. Szijjártó said the European economy was heading towards a severe recession due to the war in Ukraine and the related sanctions, adding that Hungary’s only goal could be to avoid the economic downturn.

“This isn’t an easy task, but it’s possible and there’s a clear recipe for it, which is maintaining the increasing rate of investments coming into Hungary, in which Bavarian businesses play a key role,” Szijjártó said.

“Because it’s investments that create jobs, and jobs generate output, which generates economic growth,” he said.

“And if economic growth is maintained, we can avoid the recession and won’t have to expect negative economic consequences which we unfortunately already saw in Europe as a result of the pandemic.”

Szijjártó met Florian Herrmann, head of the Bavarian State Chancellery, Melanie Huml, the minister for European and international affairs, as well as leaders of the BMW Group, Knorr-Bremse and Schaeffler, among others, in Munich.