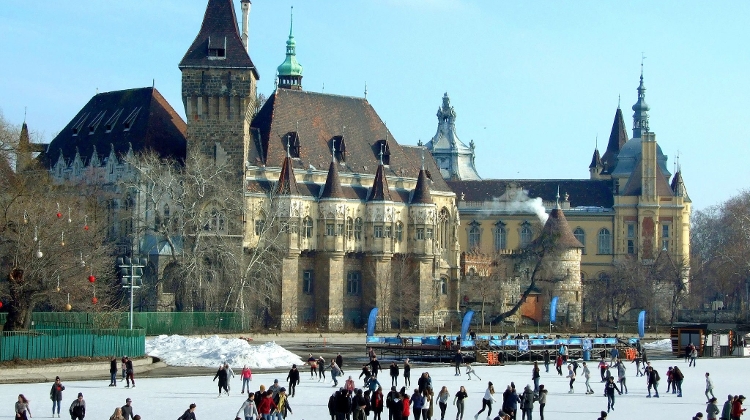 The City Park Ice Rink in Budapest, the country’s most popular artificial ice rink, has reopen but only 2/3 of the ice will be available for the skaters during the opening period.

The City Park Ice Rink began to receive the first masses of skaters on 29 January 1870, when it was ceremonially inaugurated by Crown-Prince Rudolph.

The ice rink was opened at the initiative of the Skating Association of Pest, which was formed on 12 November 1869 in the card room of Steingasser (Petőfi) Café located at the Danube Bank.

It took a lengthy procedure for the Association to obtain the city council’s permission to build an ice rink on one part of the City Park Lake, on which the ladies and gentlemen of Pest could enjoy the pleasures of skating for free.

The first “skating pavilion” was a small two-room wooden booth erected on the lakeshore, which was unfortunately destroyed in a fire in 1874.

It was after this tragic event that the city’s leadership granted a final permit for the construction of a new building, which was implemented within a few years based on the plans of architect Ödön Lechner.

Tickets
Available on-site at the cashier desk.
Or you may purchase advance online:
https://www.mujegpalya.hu/en/tickets