Do You Often Feel Dizzy? It's Time to See a Doctor, by Dr. Rose Private Hospital Budapest 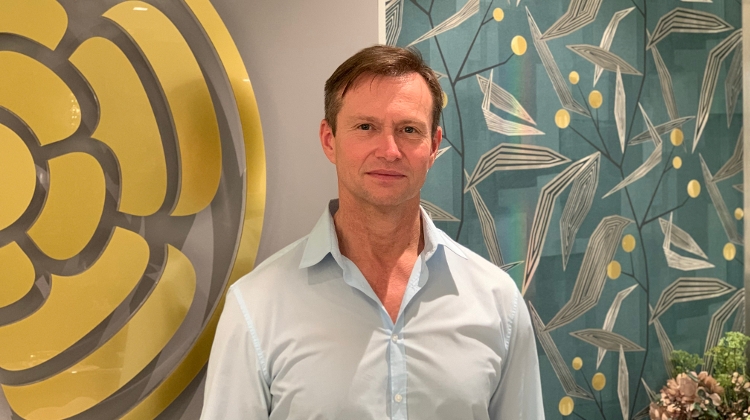 Dizziness is one of the most common complaints that patients see a neurologist with, according to Dr. Sándor Ilniczky. We asked Dr. Rose Private Hospital’s neurologist what might be considered dizziness, as almost everyone understood the term differently.

To the neurologist, dizziness is a condition that has objective signs of neurological disease. In the medical literature, this symptom is called vertigo, but there is no specific term for it in Hungarian, explains Dr. Ilniczky.

At the same time, in Hungarian we call dizziness all the complaints that are related to the disturbances of both balance and spatial orientation. It is also used for many cases that have nothing to do with the nervous system.

Which begs the question: what characterizes the kind of dizziness for which the neurological cause is suggested by the neurologist?

Vertigo, that is, dizziness with a definite direction, often of a rotating nature, but there are times when the patient feels as if something is pulling or pushing them to one side, as if tilting sideways.

The patient may also feel as if they are traveling in an elevator. What the patient experiences subjectively is as if the environment is shifting relative to them, or vice versa, which is actually a sensory delusion. At the same time, we must find objective signs via the neurological examination.

How can the trigger be determined?

A routine neurological examination is performed as a first step, with particular emphasis on tests that may provide information on dizziness. For example, by examining eye movements, we look for rolling of the eyes (involuntary eye movement). This affords proof, as it happens against the patient’s will.

What happens after it is determined that it is vertigo?

We have to decide another serious question: whether the problem may be in the central nervous system or in the sensory organ of balance. The latter is not as severe a disease, but is at least as unpleasant for the patient, and often more difficult to tolerate than in the former case.

Vertigo is very often accompanied by attendant symptoms that cause suffering to the person concerned, such as severe nausea or even vomiting from a single head movement, and they are generally unwell, pale and sweating. If we can alleviate these symptoms, the patient will feel much better.

If the doctor does not find objective symptoms, so the dizziness is not of nervous system origin, how do they proceed?

We consider what other disease may be behind it. For example, the patient's blood pressure and blood sugar level may be very low, or maybe they have side effects or an overdose of the medicine they are taking. In this case, we also involve an internist in the examination process. It’s also possible that someone's use of legal or illegal drugs or alcohol triggers dizziness.

And if these don't yield results?

It is not uncommon for complaints to have a purely psychological, spiritual cause. This can be said after excluding organic causes. In such cases, it is usually very difficult to get the patient to see that their complaints have no organic origin. However, very good results can be achieved with antidepressant treatment involving a psychiatrist.

What are the most common diseases affecting the nervous system and ears that cause dizziness?

One of these is so common that three to five such patients visit each surgery per day, and it is one of the few neurological diseases that can be cured on site in 2-3 minutes. To do this, of course, you need to determine if it’s really that type. The patient can also be taught the treatment.

This is benign paroxysmal positional vertigo (BPPV), which unfortunately is often treated in the wrong way because, for example, they will be diagnosed with cervical spine or circulatory problems, although it has nothing to do with it, as the source of the dizziness is to be found in the inner ear.

The complaint is typically that when the patient turns their head in a supine position, the world suddenly seems to spin, as if they are falling out of bed, perhaps with an attack of severe nausea. The malaise lasts for a maximum of half a minute, and the complaints go away on their own, and only reappear with the turn of the head in the lying position.

Can this be cured in a few minutes? Can this actually be taught to the patient?

Absolutely! This is because the problem is caused by dislodged crystals in the inner ear disturbing the sensory nerve cells. So, these crystals need to be put back into place, where they will then adhere again.

There is a special maneuver for this, which we can perform in 2-3 minutes, later the patients can master it and if the disease returns, they can do it themselves.

After a successful maneuver, the patient may become asymptomatic for a long time. Therefore, do not despair, but consult a specialist as soon as possible.

Dizziness is still scary, however, as one typically suspects a stroke or a tumor…

Fortunately, dizziness is less common in these serious conditions. It is true that dizziness may be one of the symptoms of these dangerous conditions, but it is also typically associated with other symptoms, such as limb weakness, awkwardness, double vision, and slurred speech, among many other symptoms. In this case, dizziness should be taken really seriously, as it can have life-threatening consequences, so the patient should be given emergency care and an imaging scan can clarify the background of their illness.

However, as I have emphasized, fortunately, most complaints of dizziness do not have such a serious cause in the background. If we complete the diagnostic steps and we can limit the disease, we can achieve a quick and spectacular improvement, moreover, we can achieve healing.