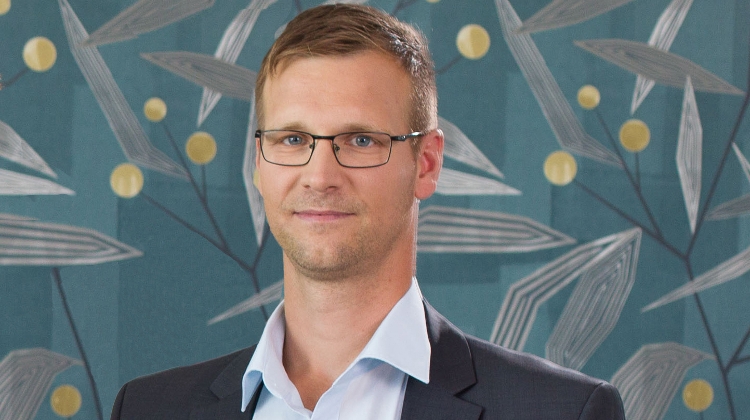 It is a huge thrill to slide down a snowy mountainside or glide over ice wearing ice skates. However, it doesn’t hurt to know the dangers of winter sports.

What are the typical winter sports accidents, what symptoms should we take seriously, when should we see a doctor, and how can we avoid or prevent these dangers?

”One would think that fractures should be feared most often during sports in winter, but in addition to bone injuries, joint ligament injuries also occur in significant numbers. In the case of the lower limb, the knee joints are most at risk, and to a lesser extent the ankle joints.

In the upper limbs, fractures are more common, with ligament injuries occurring in smaller numbers and primarily affecting the fingers. Among winter sports accidents, skiing is the biggest ’supplier’ of anterior cruciate ligament injuries, while wrist fractures occur primarily during skating.

”When skiing, it is usually more dangerous for someone to fall while standing or slowing down, because in this case the ski binding will not loosen, and the foot will twist in the boot. It is more fortunate if a fall occurs at a certain speed, because in that case there are at most bruises. It is also a typical ski accident that someone's thumb is injured, as this digit often gets caught in the ski pole,” said Dr. Rose Private Hospital's orthopedic specialist.

While it isn’t a common problem in skiing, the examples of the well-known victims of recent years - world-renowned racing driver Michael Schumacher and Hollywood actress Natasha Richardson - has also drawn attention to the risk of head injuries.

Danger remediation with a 5-minute warm-up

It is very important that everyone skis to the level that suits their ability. So, choose the right ski slope and speed. Good equipment is also essential. It’s worth checking via a service center every year to see if everything’s okay with your skis, especially the bindings.

This is because a well-adjusted binding can prevent a lot of injuries. And because of the above examples, it is now essential to protect your head as well. It is no coincidence that in recent years, skiers without helmets can rarely be seen not only in professional races, but also on the most popular ski slopes.

Warming up the muscles is also essential to help avoid injuries. Many people who only go skiing once or twice a year think it is enough to go up on the lift, ski down the nursery slopes once or twice and then hit the main runs. However, skiing without a proper warm-up of the muscles and similarly unprepared joints can be very dangerous.

Usually, a series of exercises are posted near the lifts that move the entire spine from top to bottom, as well as the lower and upper limbs. You should complete this series of exercises, which usually takes no longer than 5 minutes.

If someone has an accident on the ski slope or the ice rink, unless there is a fracture, they may want to believe there is no need for a doctor. For example, in the most common injury, the anterior cruciate ligament tear, the pain goes away fairly quickly.

However, sooner or later it turns out that something is wrong. Indicating symptoms include unstable knee movement with the knee frequently giving way and secondary injuries due to disharmonious knee movement. According to Dr. László Rudolf Hangody, a specialist is needed to decide whether surgery is necessary or whether more conservative treatment is sufficient, and individualized rehabilitation and physiotherapy are the solution.

In the treatment of a cruciate ligament tear, much depends on how old a patient is and how active they are. It’s worth replacing the ligament if someone is living an active, sporty life and their knees are completely intact except for the ligament tear.

For an injured knee with already worn cartilage, ligament replacement can do more harm than good. So, for a less mobile, older patient, thigh muscle strengthening and controlled physiotherapy may be sufficient treatment. With two or three workouts a week, the muscles can be strengthened after three months by compensating for the torn anterior cruciate ligament over a significant portion of the knee’s range of motion.

In young people, however, the experts recommend surgery because even though in vain they strengthen their muscles and seem to be completely fine, without a cruciate ligament, due to the almost invisible disharmonious movement, their knees begin to wear out much faster.

Earlier, rapid surgery after an accident was advocated to try to sew together the unbroken, torn cruciate ligament. Mostly this didn’t meet with much success. Today, doctors do not even try this approach, as there are much more modern procedures to replace the torn ligament.

According to current practice, it is worth operating at two different times: within two weeks of the accident and after 6 weeks. Leading athletes are usually operated on within two weeks because it counts in their careers to return to sport as soon as possible. The injuries of non-professionals, on the other hand, are operated on later but within a year.

Although a perfect recovery can be achieved after cruciate ligament replacement surgery, and the patient can even go on to compete at the Olympics, there is a longer rehabilitation time than even the conservative treatment. Patients should not stand on their feet for 3-4 weeks after the procedure, which is followed by solid physiotherapy for 4-6 months. However, this disadvantage later becomes an advantage.

The treatment of fractures has also been renewed. Because implants and their associated material of implantable wires, plates and screws have evolved immensely, there are now sophisticated techniques to operate on broken bones more often than in the past.

This is mainly because today, for example, patients with common wrist fractures do not have 12 weeks - six weeks in plaster plus six weeks of physiotherapy - to wait until they recover as they would like to return to work sooner.

With one operation, the above time can be halved for this injury: two weeks in plaster, then suture removal, after which the patient can begin to move their wrist, and then after approximately four weeks of physiotherapy, almost full function is available.

Of course, a patient’s age and motivation also count here. “Just because we can operate, we don’t always operate, because in an elderly person, for example, there may be a risk from surgery or anesthesia,” said Dr. László Rudolf Hangody.

Interestingly, there are some things that haven’t changed in decades for treating bone fractures, such as x-rays in the field of diagnostics or plaster casts in conservative therapy.

So, when a wrist-fractured patient is admitted to the clinic, they are treated in much the same way as they were 40 years ago: they go for an x-ray, where a two-way scan of their wrist is made to determine where the fracture is and what type of fracture it is.

Based on this, doctors decide whether the patient should have surgery or receive conservative treatment. If the specialists choose the latter, they will put the displaced bones back into place and plaster the injured arm with traditional white plaster, as in the past.

There are now lightweight, colored plastic casts, but no matter how unbelievable, a traditional plaster cast is much more useful in the first few weeks because the latter certainly doesn’t swell into a freshly broken arm or leg.

After two weeks, however, if the patient wishes to, they can now choose a colored, plastic cast.