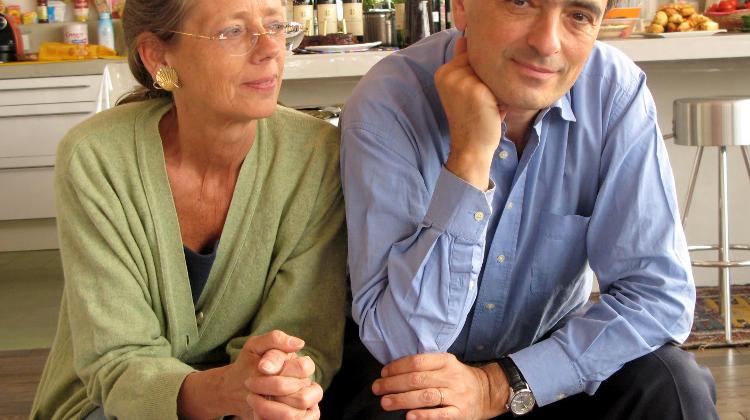 My husbands' family left Hungary in 1946 after the expropriation of their stately home and settled in Paris where we met at university in 1965, studying political science. I am myself of German origin and was also brought up in Paris. We married, I learned Hungarian.

On December 24th 1983 after a telephone call of the former secretary of my husband's grand father (who usually sent us 'Merry Christmas' wishes per post and never called before) we decided to spend according to his suggestion, a few days in july1984 in Hungary with our, then, three children and thus discovered this country for the first time.

We visited the former stately home of my husband's family which was in total decay after having been used as an orphanage until 1979. But we were in the eighties and had three small children and then also came a fourth one.

But as time and History went on, everything changed and slowly, after three other trips to Hungary, we thought we could, we had to "do something".. in my husband's empty and collapsing former family home of 6 000 square meters!

And so we did. We dreamed of a European minded cultural entreprise?. Not another luxury 'castle hotel'...

So we created a 'European cultural meeting centre', member of a European existing network, with a library thanks to Fejtö Ferenc's book and archives donation and, at the same time, beautiful meeting and residential capabilities aiming at a **** style, and a restaurant with a terrace looking on a noble courtyard and French and Hungarian food.

So we work now here, organizing seminars, colloquies, exhibitions, concerts and hosting weddings for Hungarian families as well as for 'expats', companies meetings, family feasts as well as spiritual retreats and researchers working in the library and archives in this former family estate in the village of Fehérvárcsurgó next to Székesfehérvár, and for which we concluded a 99 year lease, the Hungarian State remaining presently the owner.

1. When did you arrive in Hungary and what brought you here?
We arrived the first time in 1984, but we started really to "work" here in 1994

2. Have you ever been an expatriate elsewhere?
My husband's family left Hungary in 1946?to settle in France and my family left Germany in the thirties to settle in Paris?so we both are?European per forza!

3. What surprised you most about Hungary?
The open mindness and kindness of all the people welcoming us in the late eighties

4. Friends are in Budapest for a weekend - what must they absolutely see and do?
The Danube by night, Kiraly, Ráday u. and Andrassy út

6. What is never missing from your refrigerator?
Oranges, carrots, yoghurt for me, kefir and orange marmalade for my husband

7.What is your favourite Hungarian word?
I would wish it could be 'azonnal'?.(which means 'immediately')

8. What do you miss most from home?
Le Monde newspaper literary Thursday issue

9. What career other than yours would you love to pursue?
I am very happy with what I am doing

10. What's a job you would definitely never want?
Jail warden!

11. Where did you spend your last vacation?
Four days in Italy

12. Where do you hope to spend your next holiday?
In Italy?

18. Which social issue do you feel most strongly about?
Employment of course

19. Buda or Pest side?
Definitely Pest!

20. What would you say is your personal motto?
"The best is yet to be."