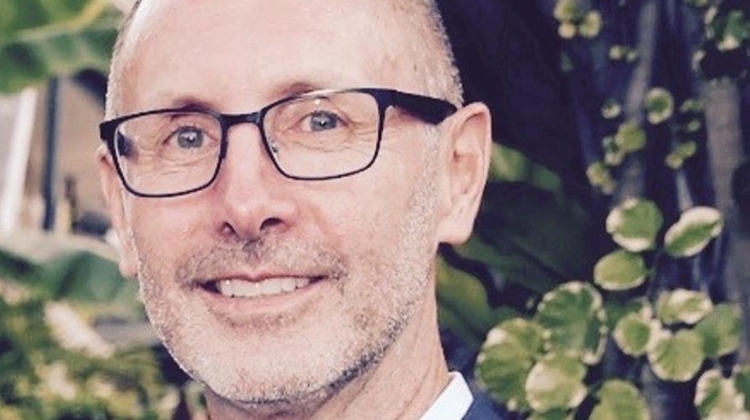 Born in Sydney, I spent my early career in business side of the commercial and public television industry, based in Australia and then in the UK. Throughout, I balanced my profession life with support of the arts as sponsor, advisor or on the board of orchestras, art galleries, dance companies and small theatre companies.

In 2002, I put my professional life on hold to volunteer with ActionAid, an international humanitarian agency focused on poverty eradication. The experience of living in Bangkok, and working in 12 countries across Asia from Afghanistan to China, shifted my perspective on the world. I stayed on for a third year, by which time I was very happy to call Thailand home.

Since then I have been involved in a number of different projects, from retail start-up to climate-change campaigning. Today I lead Bangkok River Partners, a business collaborative formed to promote the Chao Phraya River for leisure and tourism www.bangkriver.com. I’m also a co-founder of Creative District Foundation, a non-profit catalyst for property preservation, creative livelihoods and environmental improvement in the riverside districts of Bang Rak and Klongsan.

1. How do you feel about your current assignment in Bangkok?
Bangkok is a chaotically intoxicating place to live. The River provides the perfect balance to the constant traffic, end-to-end shopping malls, and incessant heat-laden concrete. The Chao Phraya River is the lifeblood of the city: its history, its culture, its trade and commerce, and increasingly, its creativity. This is REAL Bangkok and I’m excited for the opportunity to promote it to locals and visitors alike.

2. How long have you been an expat, and where also have you lived abroad?
I was born in Sydney where worked in commercial and public television before moving to the UK to continue my career. I spent the next 7 years living in London and working with media companies in Europe and North America. In 2002 I volunteered with international NGO, ActionAid and was sent to work in 12 countries across Asia, based in Bangkok. I stayed on, making Thailand my home, working in marketing in various sectors.

3. When you first arrived, what surprised you most about Thailand?
My first trip to Bangkok was in 1982 when I was distributing television programs. While living in London I often stopped off for a couple of days on my trips home to Australia. I don’t think I truly appreciated the city until I moved here to live in 2001. I immediately fell in love with the place… the people, the food, and the culture... It sounds cliché but its true. Don’t’ get me wrong, I loved the buzz of London and the lifestyle in Sydney, but the madness makes for a heady cocktail.

4. If you could live anywhere in the world, where would you choose, and why?
Home is where you are. You have to believe that if you are going to be happy day to day. I’ve visited so many wonderful cities that I would be just as happy to call home. Rio, Cape Town, and Barcelona… the list goes on. When I was young New York was my goal. I visited frequently when living in London and would love to go back soon.

5. Friends are in Bangkok for just a few days - what must they absolutely see and do?
Bangkok is the most visited city in the world, and I get asked this a lot. My advice is to stay on the river, travel on the river, and explore the riverside districts. After Ayudhya, Thailand’s capital was located on the west bank of the Chao Phraya River in Klongsan for 15 years before moving to Rattanakosin on the east bank. The home of the Chakra Dynasty, temples, shrines, churches and mosques sit happily side by side, as do palaces and wet markets. To the south of Rattanakosin is one of the oldest Chinatowns in the world, stretching to the district of Talad Noi. The hustle and bustle here is magnetic. Then wander the streets and lanes of the old European Quarter, from Bang Rak to Yannawa and then onto the night market of Asiatique. From early morning to the early hours of the morning, there is always something to peak your interest.

6. What was the most adventurous travel trip you have ever taken?
Hard to beat the Silk Road through central Afghanistan, the favela of Rio, or the backwaters of the Mekong with ActionAid. I love getting lost in any city I visit, and Bangkok lots to amaze even the most harden adventurer.

7. What has been the biggest achievement in your life so far?
Professionally there are two achievements: repositioning Australian public broadcaster, SBS the first. The culmination of ten years work in various fields brought together in one job.
The second is work in progress: the establishment of the Creative District Foundation, formed to be a catalyst people living and working in the riverside districts of Bang Rak and Klongsan. Its aim is to encourage art, performance and design, the preservation of the built environment, embracing the social fabric, and celebration of food. Everything in Thailand centres of eating, and there is a smorgasbord of tastes wait along the River.

8. What is the secret of your success?
Passion, and people who inspire it.

9. What’s your favourite sport / form of exercise?
Walking. I’ve been walking (fast) for as long as I can remember. Bondi Bronte to Beach, Sydney Botanic Gardens, The Thames, Lumpini Park, Charoenkrung Road… and everywhere in between. Cycling, tennis, swimming and gym get a look in occasionally.

10. What can’t you resist - tell us a guilty pleasure.
The underbelly of the city.

11. What's the last movie you watched, and book you read?
Tom Ford’s Nocturnal Animals is a brilliant follow-up to A Single Man. The Ford aesthetic paired with a dark, menacing tale. And book: I’m about to start Homo Deus: A Brief History of Tomorrow by Yuval Noah Harari. I find the subject, the prospect of living in a world ‘enhanced’ with artificial intelligence, chilling.

12. If someone wrote a biography about you, what would the title be?
“Connecting the Dots”.

13. What has made the biggest impact on your life so far, and why?
I don’t believe any one event can claim that title. I am more influenced by the people I meet.

14. Which social issue do you feel most strongly about?
Because of the work Creative District Foundation is doing, gentrification. How do you simultaneously improve and protect the quality of life of people who have lived in an area for generations, and make it attractive for creative industry and individuals?

15. What was the luckiest moment of your life so far?
Getting through Afghanistan without incident.

16. If you could trade places with anyone for a week, with whom would it be?
Thanks, but being me is challenge enough.

17. What career other than yours would you also love to pursue?
Architecture. I still love getting lost in a project that involves buildings old and new. But perhaps its just because I grew up watching the Brady Bunch.

18. In ten years from now what will you be doing?
Living between the Creative District and Hua Hin, actively involved in both communities.

19. Where is your dream retirement location, and why?
Travelling the world to spend long periods of times with good friends.

20. What could you say is your personal motto?
My current favourite: “Life begins at the end of your comfort zone.”