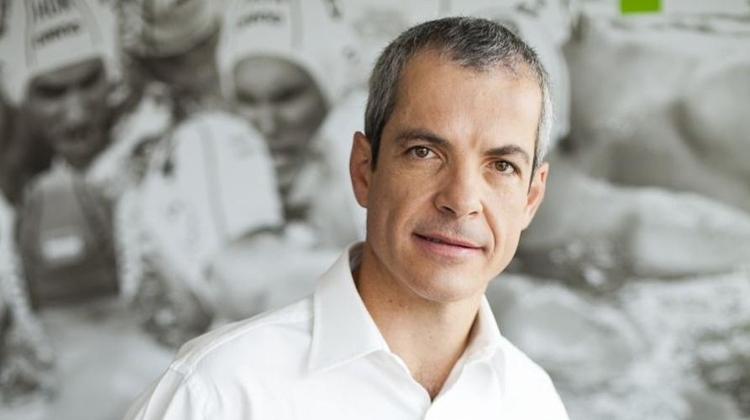 Born in 1965 in Sardinia, Italy, Diego obtained the equivalent of a Master of Science degree (Laurea in Ingegneria) in Civil Engineering at Cagliari University in 1991, and then an MBA from INSEAD France in 1996.

Today he's a highly experience expat, having started his professional career in Johannesburg at the consulting civil engineering firm Stewart Scott International. Next, after spending 6 years in Italy with the management consultants McKinsey, Diego returned to South Africa as CEO of Tiscali between 2003-2004.

Diego was also the Chief Executive Officer at other Internet Service Providers - Tiscali France, and Telecom Italia France - prior to joining Vodafone. Now having taken over the role of CEO from György Beck, Diego has full responsibility for the multinational telecommunications company's achievements in Hungary.

Up until he joined Vodafone's Hungarian subsidiary, Diego was 'Group Director of Video and Connected Home' - in that position from 2009 he was charged with the responsibility for setting up a global TV competence centre in Germany for the entire Vodafone Group. In early 2011 he launched Vodafone TV in the German market, an innovative hybrid IPTV/Satellite/Cable TV and Video On Demand service directly competing with the TV offerings of cable operators and of the fixed line incumbent.

Earlier in his career Diego was the 'Director of Broadband and Online' at Vodafone Group Services, where he was responsible for the development and launch of Vodafone DSL Router (with integrated 3G connectivity), now adopted in more than 10 countries worldwide, and Vodafone 3G Station which was launched in 2009 for the first time in Europe by Vodafone UK.

1. When did you arrive in Hungary and what brought you here?
I came at the end of August 2011 as the ‘CEO designate’ and took over all the CEO functions in October last year. My family relocated from UK to join me at the beginning of December, we have 2 little daughters and a one and a half year old son.

2. Have you ever been an expatriate elsewhere?
Yes, in a number of places: South-Africa, France, UK, Germany, I spent between 3 to 6 years in each place.

3. What surprised you most about Hungary?
How special the culture is here compared to the rest of Central Eastern Europe, and Western Europe. I had thought the countries in the Region to be fairly homogeneous, but Hungary surprised me with its unique language and traditions.

4. Friends are in Budapest for a weekend - what must they absolutely see and do?
Absolutely have to enjoy the view from Citadella, and the Royal Castle – it is truly breath-taking. Driving along Danube at night, on both sides of the river, is also my recommendation as the city is extremely well lit, especially the Parliament in Pest and the Mátyás church in Buda. The baths are also a must, although I have only been to the Gellért, my wife tells me that Széchényi is also great, so I have still some exploring to do myself. The Basilica and the pedestrian area around it are worth visiting and Gerbeaud Café at Vörösmarty square is gorgeous too.

5. What is your favourite Hungarian food?
Goose liver, pogácsa, and Mangalica ham.

6. What is never missing from your refrigerator?
Milk, because our children drink so much of it.

7. What is your favourite Hungarian word?
Semmi baj. (No problem)

8. What do you miss the most from home?
My family, friends, and the local food, specially sea-food pasta.

9. What career other than yours would you love to pursue?
Professional golfer.

10. What's a job you would definitely never want?
Any repetitive type of job.

11. Where did you spend your last vacation?
Sardinia, we stayed with family for five days, we went there mainly because my parents cannot travel and they wanted to see their grandchildren.

12. Where do you hope to spend your next one?
A week-end at Lake Balaton. Then in summer we plan to go to Sardinia again. A dream holiday would be to travel around South-America.

13. What was your favourite band, film, or hobby as a teen?
Band: Pink-Floyd. Film: Star Wars. Hobby: Karate.

14. What can't you resist?
Making a joke when a good one comes to mind.

15. Red or white wine?
Red, I like Pinot Noir, and recently I tried a Kadarka and really enjoyed it.

16. Book or movie?
Book – recently read ‘London: The Biography’ by Peter Ackroyd. I love the history of cities, and reading about how they evolved.

17. Morning person or night person?
I would say that I am not an EARLY morning person by nature, although my children wake me up quite early every day. That’s also why I go to bed rather early as well.

18. Which social issue do you feel most strongly about?
Racial discrimination, probably the consequence of living in South-Africa.

19. Buda side or Pest side?
Buda, because it is greener, more spacious, and so it feels more like the countryside.

20. What would you say is your personal motto?
Always be yourself.