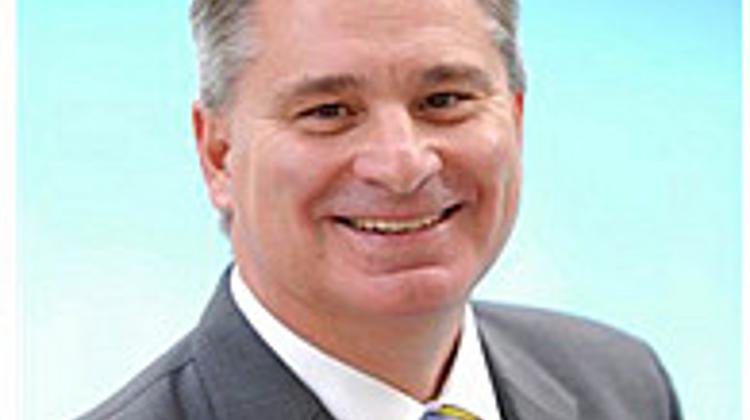 Passions come and passions go, so the trick is to keep things percolating. For now, Yves Giacometti is into Budapest. “This is a city that needs to be discovered,” says the General Manager of Four Seasons Hotel Gresham Palace Budapest, who arrived in “the Paris of Eastern Europe” in late 2010 and plunged into local culture with the aid of erudite guides, an all-Hungarian concierge staff and random encounters. “When it comes to getting a feel for a new city, I’m very selfish. I try to get everything I can from interactions with locals. The quicker I adapt to their world, the better.”

With six cities on four continents on his Four Seasons résumé, Giacometti knows how to go about fitting in. He embraced local culture with a passion while doing double duty as GM of Four Seasons properties in Buenos Aires and Carmelo, learning to tango and enrolling in flight school in hopes of cutting travel time between the two hotels. “I could dance,” he reports of the former, though he “never quite got there” on the latter.

For Giacometti, Budapest was a bit of a culture shock – especially the Hotel. An Art Nouveau landmark of sweeping staircases, stained glass, mosaics, ironwork and soaring gardens, it was designed by a local architect in 1904 to house an insurance company and was eventually turned into government offices before being immaculately renovated by Four Seasons in 2004. It serves more leisure travellers than business travellers. “Today it is really a little architectural museum, so different from the two hotels I left behind.”

Raised in Paris and well traveled from an early age, Giacometti earned a master’s degree in law before studying at hotel school in Paris. Upon graduation he was courted by many major hotel groups and chose Four Seasons because of its message. “Back in 1985, the company was almost totally unknown, but the way it transmitted its desire for excellence and quality was very exciting to me.” Soon he was off to Houston, the first of eight posts.

Giacometti took the reins in Buenos Aires and Carmelo in 2003 after re-flagging the properties as transitional GM two years earlier. The conversions needed to be handled delicately during tough economic times. “We had to transmit who we are as a company, and that can be scary for existing employees,” he recalls. “The role I played was to let them know that they were good at what they did, that their jobs were secure, and that Four Seasons was a plus.”

The challenges of the recent economic downturn saw Giacometti reviewing processes and systems to increase productivity and maintain the Four Seasons experience even as he had to tighten staff. He walked into the same environment in Budapest, he says, and was pleased with what he found: “People understand that we have to work differently as the situation demands. If we can’t, we’ll be out of the race.”

Having thrown himself into local culture at his previous address, Giacometti was happy to find a strong passion for music in Budapest. “If I can find a tango school, I’ll continue, but I don’t know about traditional Hungarian folk dance,” he laughs. “It took me three years to work up the nerve to take tango lessons in Argentina, so we’ll see…”

Nowadays we focus a lot in being innovative in creating customized and memorable experiences for our guests. This concept is embraced by all our employees, globally, and I must say that our team in Budapest has been very successful and inspired.

1. When did you arrive in Hungary and what brought you here?
I arrived here in December two years ago, for work. I remember it was snowy and cold, a big change compared to my previous posting in Argetina.

2. Have you ever been an expatriate elsewhere?
I spent eight years in Argentina, five and a half in Mexico, one and a half in Venezuela, overall three years in the United States, and six years in Canada.

3. What surprised you most about Hungary?
Everything is amazing, sincerely, Budapest is an eye-opener on all levels. Especially the level of education, diligence and overall quality of people. Plus the architecture, and the way the city is organised, it really is a spectacular destination. The wine is also worth mentioning.

4. Friends are in Budapest for a weekend - what must they absolutely see and do?
The city has so much to offer, from the architecture to the quality restaurants, and I like that you can easily walk everywhere, and so enjoy the personality of the city. There is so much more than the thermal baths, which are good, but forget about shopping.

5. What is your favourite Hungarian food?
Goulash, especially at winter time. My wife learnt how to prepare it well – such a healthy meal that fills and warms you up.

6. What is never missing from your refrigerator?
French champagne, and French cheese.

7. What is your favourite Hungarian word?
Unfortunately I don’t speak Hungarian, but like the word ‘köszönöm’, and its regular use in such a polite local culture.

8. What do you miss most from home?
After twenty eight years of expat life I’m at home wherever I work, yet naturally I miss my family and friends in France.

9. What career other than yours would you love to pursue?
Architect, building something, based on the concept of creativity. I could also imagine being a musician, particularly pianist.

10. What's a job you would definitely never want?
Maybe a banker, I certainly don’t like the idea of repetitive job. In my given career there is no day which is the same.

11. Where did you spend your last vacation?
Spain – a summer holiday on the beach.

12. Where do you hope to spend your next holiday?
Egypt is on top of my list, or perhaps Bali.

13. What was your favourite band, film, or hobby as a teen?
Hobby: horse riding. Music and films depended of the inspiration of the moment...

14. Apart of temptation, what can't you resist?
Working at weekends.

15. Red wine or white?
Red – I’ve tried many but I don’t have a particular favourite, everywhere you go there is a good one to enjoy.

16. Book or movie?
This also depends on my mood – even if I am not a big movie fun, sometimes I go to the cinema, sometimes I read.

18. Which social issue do you feel most strongly about?
The shrinking water reserves– it should be a concern of everybody. Politicians should focus on this, since as far as I know there is no solution yet.

19. Buda or Pest side?
I live and work in Pest and like it because I can walk everywhere, but if had the children with us it would be Buda.

20. What would you say is your personal motto?
“Treat others as you would like to be treated!”