Sandor Zwack, Chairman of Board of Directors, Zwack Unicum Plc 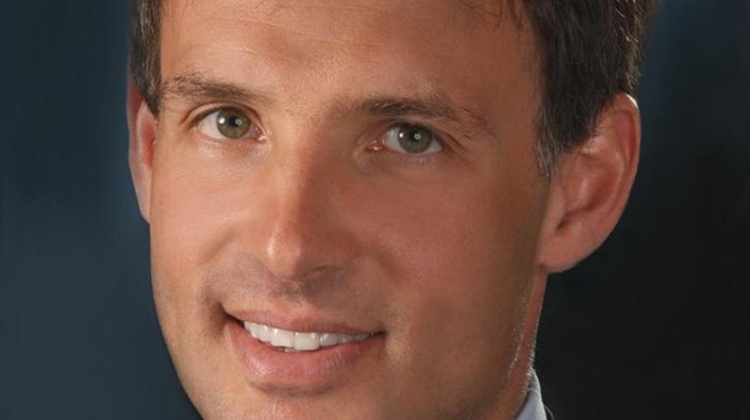 Sándor was born in Italy in 1974. He spent a year at high school in Hungary when he was in his early teen years, before moving to Washington with his father when Peter Zwack became ambassador.

He graduated from high school in Boston and completed his studies at the Western Maryland College under its Hungarian-American programme with two years in Hungary and two in the USA, obtaining a degree in Political Sciences and International Relations. He is quadrilingual in Hungarian, English, Italian and German. He is also fluent in French and Portuguese.

Sándor started working in 1998 in the wine business in London with Berkmann Wine Cellars Ltd. before moving to Genova and Milan where he worked with Allied Domecq Italia, eventually becoming Brand Manager of Unicum. He joined the Zwack Company in 2002, and was soon in charge of the Palinka division, launching the Zwack Nemes Palinka line. He was to become a Member of the Board in 2005. Sándor was elected Chairman of the Board of Directors of Zwack Unicum Plc during the Annual General Assembly of the Zwack Company on June 26, 2008.

1. Where did you grow up?
Florence, Italy, where I lived and went to school until I was around fourteen years old.

2. If you could be an expat anywhere in the world, where would you choose?
It’s funny, I was just thinking about it this morning under the shower. I came to the conclusion that it would be either Paris or Barcelona.

3. What would you miss most if you moved away from Hungary?
Spring and Autumn in Budapest.

4. Friends are in Budapest for a weekend - what must they absolutely see and do?
They should go to either the Gellert or Rudas baths. They should walk down Andrassy. They should have a gin martini at the 4 Seasons bar. They should walk around Dob utca and the surrounding area, in my opinion the coolest part of town. Or they could just call Andras Torok and have him take them on one of his famous walking tours. To top it off , they should come and visit the Zwack Unicum Museum.

5. What is your favourite food?
Paprikas Csirke, and my mother’s famous shrimp, shellfish and octopus pasta.

6. What is your favourite sport / form of exercise?
Tennis and football as a family tradition, boxing as something that I picked up recently.

7. What is your favourite place in Hungary?
There are simply too many...

8. What career other than yours would you love to pursue?
I would have made a fine diplomat.

9. What’s a job you would definitely never want?
Astronaut, Banker.

10. Where did you spend your last vacation?
In Norway on a killer whale safari.

11. Where do you hope to spend your next one?
At our house in Tuscany.

12. What was your favourite band, film, or hobby as a teen?
Band: Pearl Jam and Foo Fighters (they still are my favourite bands). Movie: Full Metal Jacket. Hobby: Deep sea fishing.

13. Apart of temptation what can’t you resist?
Going to Florence to watch Fiorentina play.

14. Red wine or white?
It would seem like a pretty straightforward question, but for me it actually isn’t. When it comes to wine and spirits it all depends on what mood you’re in. Sometimes I feel like red, sometimes I feel like white. Sorry for the long answer.

15. Book or movie?
Please refer to the above answer.

17. Which social issue do you feel most strongly about?
Education. I strongly believe that it all stems from education.

19. Which achievement in your life are you most pleased about?
My two boys.

20. What would you say is your personal motto?
I’m going to quote my father: “There is no failure in life. The only failure in life is if you don’t pursue your dreams”.