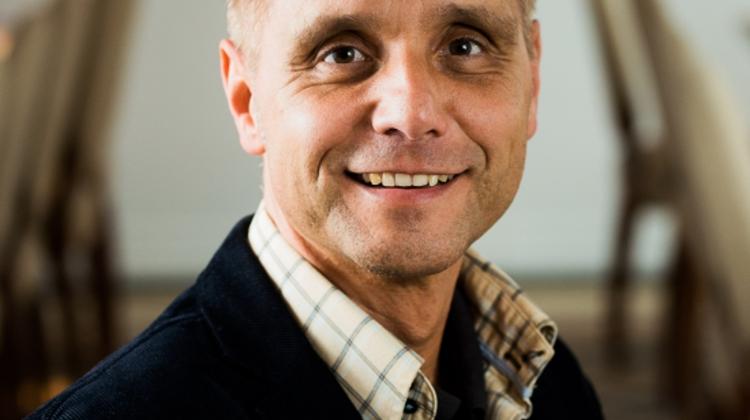 Originally a lawyer having a Masters Degree in State Sciences and Law from Eötvös Loránd University (ELTE), but working in marketing since 1985, the beginning of his career.

In 1998 he received a Diploma in Marketing Communications from the International Advertising Association as well and in 2014 he completed his Ph.D studies at ELTE earning a doctorate in historical science. He researched and worked on the institutionalization of marketing in Hungary.

From 1985 Bálint worked as Corporate Identity Manager for MALÉV the ex-Hungarian national airline, introducing its new corporate identity, the first ever full strategical transformation of a big company in Hungary.

In 1991 he became Managing Director of BBDO, one of the biggest American advertising agency network, founding their Hungarian operation, working for clients like Douwe Egberts, Wrigley’s, Delta Airlines or Pizza Hut.

Among a great number of other functions he has been President of the Hungarian Advertising Association for three years between 2006-2009, and held different positions in a great number of cultural institutions and foundations. Bálint started his academic career in 1995 and teaches marketing ever since in Higher Education. Since 2009 he is heading the Marketing Department of International Business School (IBS) Budapest.

He has been elected twice (2008&2009) as the 7th most influential marketer in the Hungarian media, and as one of the 20 legendary marketing personalities of the Hungarian marketing scene in the modern history of marketing in Hungary.

1. Where did you grow up?
Basically in Budapest, but lived 4 years as a kid in Beirut, Lebanon which I loved and love ever since. My father was heading the local office of one of the biggest Hungarian foreign trade companies there.

2. If you could be an expat anywhere in the world, where would you choose?
Tough question. If it were Europe it would be Austria, Germany or Sicily. Outside Europe it could be a peaceful Arabic country or South America.

3. What would you miss most if you moved away from Hungary?
Culture, cultural life, concerts and music in general.

4. Friends are in Budapest for a weekend - what must they absolutely see and do?
Visit the Academy of Music with professional guidance, cross the Budapest bridges one by one in the night as the scene is totally different from each perspective and just marvellous.

5. What is your favourite food?
Mexican or Italian, both can come anytime. If you’re curious about Hungarian kitchen it’s the soups. Real Hungarian soups (mostly not found in restaurants) are the most unique slice of Hungarian culinary.

6. What is your favourite sport / form of exercise?
Swimming. Almost anything which has to do with water. No balls please!

7. What is your favourite place in Hungary?
Balatonszéplak. A small resort on the southern side of the lake. I spent and spend all the summers there, consider it home.

8. What career other than yours would you love to pursue?
Musician, like a conductor, pianist or opera singer. But only if I were extremely gifted. Otherwise a profession which requires specific skills, let’s say a pilot, or a cook.

9. What’s a job you would definitely never want?
In my next life? Ridiculous enough anything that has to do with fueling extreme consumerism, which happened to degenerate human thinking.

10. Where did you spend your last vacation?
I travel to Sicily every year since 18 years. As I take the same hotel (and mostly the same room) it is like my own summer vacation home. But this June I also visited the Faroer Islands in the North Atlantic and simply loved it.

12. What was your favourite band, film, or hobby as a teen?
I played the piano and the clarinet for more than a decade, it was much more than a hobby, almost became a career. Now all what remained is the understanding of music and lot of listening to it.
If it comes to films I loved the films of Federico Fellini. And some iconic ones like Amadeus or All that Jazz.

13. Apart of temptation what can’t you resist?
Anything if necessary, I am a disciplined guy.

16. Morning person or night person?
Both, not a fan of too much sleep.

17. Which social issue do you feel most strongly about?
Social issue? Nature and environment. Trying to preserve our planet. Currently we have plenty of opportunities to see how social this issue is. I am afraid we don’t have too much time to argue and lament about this.

18. Buda or Pest side?
Definitely Buda. It is necessary to visit Pest at times because culture happens there but after a concert, opera or any performance, and of course some dining, leave as soon as possible.

19. Which achievement in your life are you most pleased about?
My Ph.D, which I spent 6 years to achieve. And being an initiator and the executor of the first real Corporate Identity change of a Hungarian company back in socialist times (1988). The company was Malév, the ex Hungarian flag carrier, my first job and the only company I truly loved to work for.

20. What would you say is your personal motto?
May I mention two? The first has to do with placing an individual or even a total civilization within the context of broadest horizons.

“Alles was ist, endet” (Everything that exists will once come to an end… ), warns Erda in Richard Wagner’s Rheingold. This would be very important to keep in mind in our individualized society.

The second underlines our responsibility toward ourselves:

„We choose our joys and sorrows long before we experience them." -- Khalil Gibran, Lebanese-American artist, poet and writer