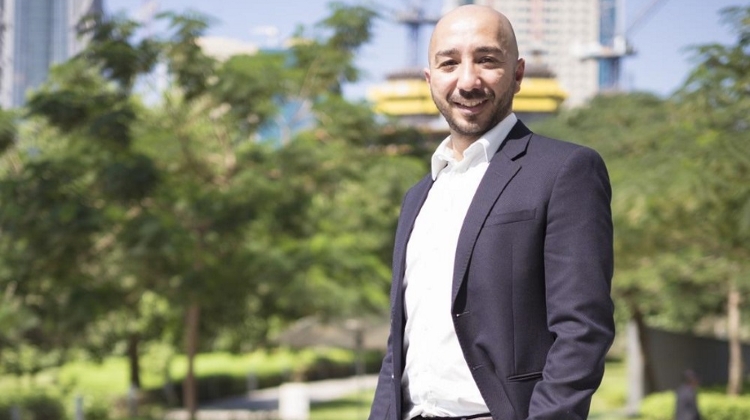 Mo is passionate about startups, technology, sports and storytelling.

1. When did you arrive in Hungary and what brought you here?
I arrived in November 2015 to work for Telekom as the Marketing Director. I was already familiar with Hungary as my wife is Hungarian, and we have been here several times before to visit. I already have memories of a few Hungarian family Christmas celebrations.

2. Have you ever been an expatriate elsewhere?
I was born and raised in Cairo, Egypt. I've lived in Dubai working for another Telekom operator but before that working for MSN.

3. What surprised you most about Hungary?
The not enough happy people in the streets. I understand the history of Hungary, with communism and all, but still… I was also surprised to hear so many sirens, from police cars and ambulances running around town, it sounds so intense to me.

4. Friends are in Budapest for a weekend - what must they absolutely see and do?
Visit the Castle District, look around the Parliament building which is beautiful, and then walk along the Danube. Take the Libegő (Chairlift) up into the hills of the 2nd district, that’s something special and so worth doing. This is an interesting city, you can easily get from the city out into the nature, into the forest, I really like that. I would also suggest guests check out Szimpla Kert.

5. What is your favourite Hungarian food?
Foie gras. I’ve tried so many restaurants in Budapest, I didn’t like Nobu here, Tigris is the best so far, it’s a smart bistro in former 19th-century hotel, serving high-end Hungarian dishes, and has a fois gras menu. It’s on Mérleg u. in the 5th district.

6. What is never missing from your refrigerator?
A lot of salad, plus soya and almond milk.

7. What is your favourite Hungarian word?
I have so many… one of them being köszi – because it means something so different in Arabic.

8. What do you miss most from home?
Security. In Dubai you can leave your car switched on while you pop into a shop for a few things. About security, in Dubai the police patrols on the roads only stop the ones who they know are problematic. If you are driving over the speed limit you get a sms, and with 5 steps on your mobile you can pay the fine. Here things like that are so different.

9. What career other than yours would you love to pursue?
I always wanted to be a pilot. These days I would love to have my own restaurant or bar on a beach.

10. What's a job you would definitely never want?
A doctor, since I cannot stand blood. My parents are both doctors, my sister is a dentist and my brother is an engineer, but I could never get into that profession.

11. Where did you spend your last vacation?
We had it all planned to be spent in Cuba, but at the end we stayed in Dubai due to preparations for this new job. Before that it was Mauritius at the beginning of 2015, we went around the whole Island, it has to be my favourite place on earth.

12. Where do you hope to spend your next holiday?
Cuba, or maybe Costa Rica, since we’ve only been to Brazil so far in Latin America.

13. Apart of temptation what can't you resist?
A lot…. I actually cannot resist many things, speeding is definitely one of them. I’m used to legally driving 120 km/hour in Dubai, so it’s a big change after that here with the narrow streets and low speed limits in Budapest.

14. What was your favourite band, film, or hobby as a teen?
Nirvana. Pulp Fiction. Girls!

15. Red wine or white?
Generally I prefer white, but love red with a good steak. I’m not a pálinka fan though.

16. Book or movie?
Book, absolutely book, because there is always more in there than in a movie. Take for example the one I read recently, ‘1001 Nights’. "Yasmina" doesn't exist as she was "disneyfied" - she was Chinese and her name was Badr Albodoor; these are the little changes that movies change from books, but matter a lot.

18. Which social issue do you feel most strongly about?
I am thinking a lot about this recently, and I am the kind of person who likes to share things; redistribution and recirculation of wealth is on top of my list. I’m not talking about communism, I’m thinking about a fairer distribution system.

For example the guy who sold me the Christmas tree here in Budapest spoke perfect English and clearly is well educated - not only because he spoke English but also he behaved intelligently, still had a street job - I'm not saying it's a bad thing, but probably he didn't find a job to match his qualifications, therefore he settled for anything; those are the guys I admire the most.

Education, equality and let’s call it a better recirculation of wealth are important issues for me.

20. What would you say is your personal motto?
The following quote in Hamlet by Shakespeare, "This above all: to thine own self be true, And it must follow, as the night the day, Thou canst not then be false to any man."