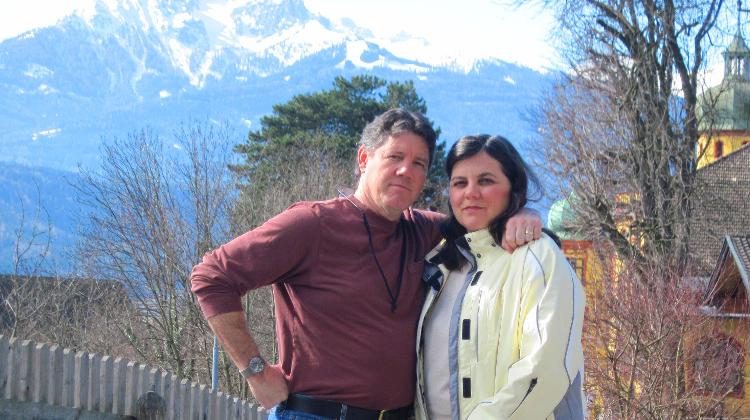 Brian Lange is the husband of Paula Jean since 1979, father of 3 married children and grandfather of 9 grandchildren. He recently returned to Hungary and now resides in Budapest.

Brian was elected to be the pastor of IGCB in March of 2017 after the announcement by Pastor Graham King of his planned departure, Brian was ordained in the Greater Grace Church in 1979. His ministry life began as a youth pastor in 1985 and since then has been a missionary, songwriter/singer, teacher, family counselor and entrepreneur.

Over the past 30 years his ministry in Greater Grace Church has lead him and his family to many places and diverse tasks. In Nimes, France from 1987-91, he served as the director of the Bible College and assistant pastor.

In Budapest, Hungary from 1991-2001, he was the assistant pastor of The Bible Speaks Church , founder of Kharisz Hungarian Christian School, co-founder of Greater Grace International School,  and led an international music group called " The Jordan Special Band".

In Baltimore, Maryland from 2001-2015, he served at Greater Grace Church as the Chief Trustee, Chief of Operations, and school principal. At the same time he pastored youth at Eden Korean Methodist Church . Brian’s ministry to families is a special focus. He teaches classes and leads seminars on family and marriage life and counsels couples and parents.

His hobbies include powder skiing, soccer, music, fishing and tennis. Brian and his wife Paula reside in Budapest, Hungary where he is the owner of Educom Ltd. and the superintendent of Greater Grace International School.

1. When did you arrive in Hungary and what brought you here?
Arrived in September 1991, after coming to visit in 1990. We still remember the warm greeting we got from an old Hungarian lady when we first arrived and got out of the car with the kids. She loved our children and my wife decided in that moment that we could live here. The iron curtain had just come down and many missionaries were coming to the former communist countries. We did not know anything about Hungary when we came. The nineties were amazing years. No door was closed to us. Being Americans we represented freedom and that was a new buzz word.

2. Have you ever been an expatriate elsewhere?
In France for 4 years.

3. What surprised you most about Hungary?
Just the openness of Hungarian people, especially to the Gospel, to the Bible, to the ideas contained there concerning marriage, family, business and God.

4. Friends are in Budapest for a weekend - what must they absolutely see and do?
They have to have French toast in Four Season’s. Have to go up to Gellért Hill to the statue of Liberty and look at the city. Have to go the Castle district, and eat in Jamie Olivers’.

6. What is never missing from your refrigerator?
Fresh Salad makings – since my heart attack.

7.What is your favourite Hungarian word?
(Tízszer) Jobb mint semmi (ten times better than nothing)

9. What career other than yours would you love to pursue?
Skiing, fishing would be in it, but I have no career ambition.

10. What's a job you would definitely never want?
Sales man.

11. Where did you spend your last vacation?
Was in the U.S. Spent it on a lake with all my family, 3 childen, their spouses and the kids. We went fishing every morning, kids loved it, too. A different grandchild came with me in my kayak each morning.

12. Where do you hope to spend your next holiday?
We will spend the next one in a ski house in the Alpes, with my family, 6 of us and the grandchildren.

13. Apart of temptation what can't you resist?
I would say I cannot resist telling people about Jesus’ love .

14. What was your favourite band, film, or hobby as a teen?
Band: Grateful Dead
Film: Men in Black I
Hobby: fishing

15. Red wine or white?
Red wine – great for spaghetti sauce (my wife is Italian) since I do not drink.

16. Book or movie?
Book, only on the airplane I watch movies.

18. Which social issue do you feel most strongly about?
Tend to stand on the conservative side because my Biblical worldview. Most disturbing is what comes as a result of our rejection of a Judean / Christian ethic and history.

19. Buda or Pest side?
Buda is nicer, but Pest is more interesting.

20. What would you say is your personal motto?
Comes from Jesus: “Do to others as you would have them do to you.”