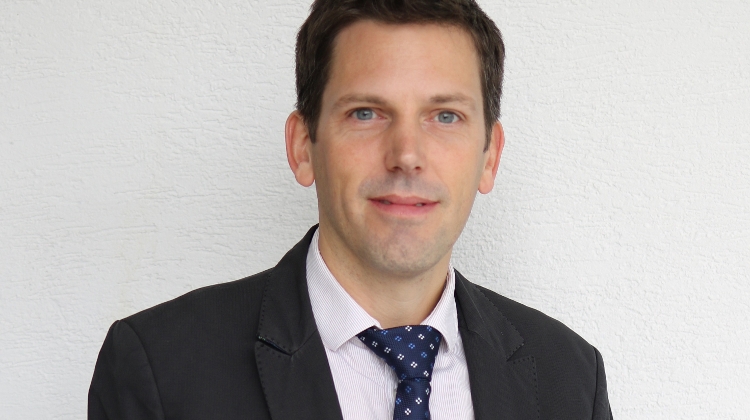 Jonathan Spinks moved to Budapest in 1999 and started working at BISB as a Class teacher before coming Head of Music. In 2015 he moved to Bali, Indonesia to take up the same role at an International Bilingual School.

He moved back to Budapest in 2017 where he is now Deputy Principal at the Budapest British International School in the 12th district.

Aside from teaching Jonathan has been involved as singer-songwriter with bands such as Aiming for Sunday and JoKOR. His songs have been played on MR2 Petőfi Radio (including their ‘acoustic show’), MTV Hungary and he has appeared on RTL Klub’s ‘Reggeli’ TV program.

He is currently playing in a cover band called The Vibe who will be performing at various venues around Budapest in the coming months.

1. When did you arrive in Hungary and what brought you here?
I arrived in Budapest back in August 1999 and started working at one of the international schools in the city.

2. Have you ever been an expatriate elsewhere?
Yes, 1 year in Krakow, Poland and 2 years in Bali, Indonesia.

3. What surprised you most about Hungary?
That it has become my home. When I moved here I never expected to stay for more than 2 years, let alone settle down, get married and have children here!

4. Friends are in Budapest for a weekend - what must they absolutely see and do?
Definitely a dip in one of the thermal spas, my favourite being Lukács followed by a drink in one of the ruin pubs or in the summer in one of the open air bars along the Danube.

5. What is your favourite Hungarian food?
Gulyas soup with a generous serving of Eros Pista (hot paprika sauce) and a few slices of Hungarian white bread.

6. What is never missing from your refrigerator?
Milk, hopefully!

7. What is your favourite Hungarian word?
Cipőfűző (meaning: shoelace).

8. What do you miss the most from home?
A good English breakfast and a pint of bitter.

9. What career other than yours would you love to pursue?
Professional musician performing to packed stadiums.

10. What's a job you would definitely never want?
Telemarketing or anything sales related. I had a part-time job as a salesman in an electrical shop back in the UK and I was awful at it!

11. Where did you spend your last vacation?
In Germany with some close friends.

12. Where do you hope to spend your next one?
Having never been to South America I would love to visit Peru and Ecuador.

13. What was your favourite band, film, or hobby as a teen?
Favourite bands as a teenager were The Smiths and The Cure and as for films I was really into the Brat Pack movies. My hobby has always been music.

14. Apart of temptation what can't you resist?
Chocolate

15. Red wine or white?
Definitely a great red wine from the Villány region.

18. Which social issue do you feel most strongly about?
Children’s rights and particularly the work of UNICEF.

19. Buda side or Pest side?
Buda side for living and Pest for party.

20. What would you say is your personal motto?
Do something today that your future self will thank you for.