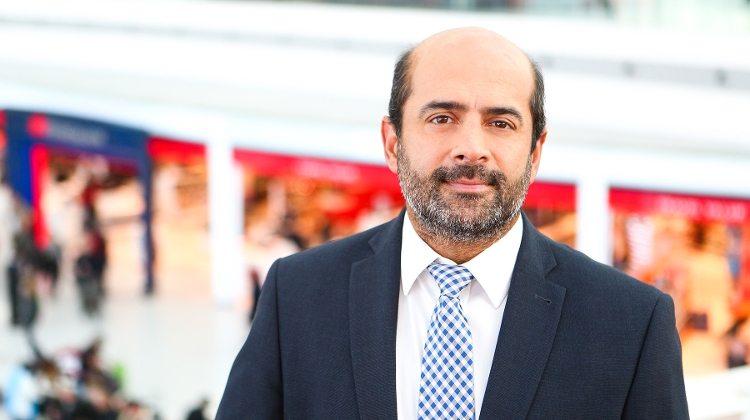 What’s been happening at work and at home since your most recent Xpat Interview?

On the home front, our eldest daughter moved to Brighton in 2016 to study English Literature and now is about to embark on her final year, whilst our youngest is about to start university in Bristol in September. It is a tad ironic that despite being British, they have never really studied for more than two years in the UK given our time here and also in Germany during their early years which means that they are both third culture kids re-integrating into British culture, which at the time of Brexit uncertainty will not be boring!

My wife and I will also now become empty nesters which opens up new and exciting opportunities too. I also reached my goal of completing the 6 World Marathon Majors, finishing with the Boston marathon this year in what was arguably the worst weather conditions they have ever had with relentless rain and headwinds from start to finish. Oh and by the way, I will be reaching the half century milestone in September which I am 100% ok with!

At work, we have seen records tumble on a monthly basis with the airport growing on a per passenger basis with the highest % rates of any EU capital city airport in the last 3 years. Even this year, our year on year growth rate is almost 15% against the EU average of just 6%.

This is great for Hungary and as long time residents here we can see the growing influx or year round tourism, as well as trade improvements too making Budapest a very relevant place to visit or do business.

Our largest challenge is really trying to keep developments and expansion projects up to the same pace as the growth levels because we have significant capital investment funds set aside to develop and grow, but the speed of permitting and getting relevant approvals means that we will need to become more efficient in the existing areas until those developments including a brand new terminal come on line.

Thankfully one huge development, the multi million Euro Passenger pier equipped with new gates and boarding bridges to serve long and short haul airlines is opening shortly and we will make further  incremental enhancements until the new Terminal is ready.

2. If you could change one thing about Hungary, what would it be?
More certainty about the weather so that it does not drop by 15 degrees in 30 minutes as it has done this summer a couple of times when a cold front comes in during a heatwave!!!

3. What advice would you give to a new expat in Budapest?
Experience it all because you never know how long you will be allowed to stay! I know many people in a typical 3 year cycle who are so desperately sad to leave as it is a very comfortable and easy place to live

4. What would you have done differently there if you knew then what you know now?
Learn Hungarian because even though at work our business language is English, if I knew I would have been here for 9 years, conversing in a none work environment would have been so much easier. That said, I am encouraged by the significant improvements seen, especially in the service sector where Hungarians command of English and other languages makes it easier for us foreigners!

5. If you could, which superpower would you choose?
Hm……. None, there can be no substitute, nor satisfaction for achieving things which you would otherwise deem impossible!

6. Please share a guilty pleasure of yours…
Running faster and longer so that I can eat and drink more – makes no sense in helping with weight loss!

7. What does your typical day/week look like currently?
About 60% of planned actions and 40% of new actions every day – the dynamism of our business is incredible. I can be writing a report at one moment, whilst the next we need to  urgently approve a new order for a spare part for the ventilation grill above a restaurant in the Terminal as one example.

8. What are some of your biggest challenges these days?
As mentioned, building capacity to cope with the demand, especially in the check in and security areas. We have implemented several initiatives which will help address these needs but they cannot come soon enough. In the meantime, we ask that all passengers leave plenty of time when getting to their flights, especially during peak hours and this is not uncommon in busy airports.

9. What’s your favourite bar, restaurant and music venue in Hungary?
Boutiq bar but don’t tell anyone as it is already too busy! Restaurant – too many to choose from but for homely Indian food for example, the Punjab Tandoori restaurant in district 13 is a great choice. Music venue can only be World Music stage at the Sziget Festival!

10. Who inspires your life most these days?
Anyone who is selfless