Abdulla Falah Adulla al-Dosari, Ambassador of the State of Qatar 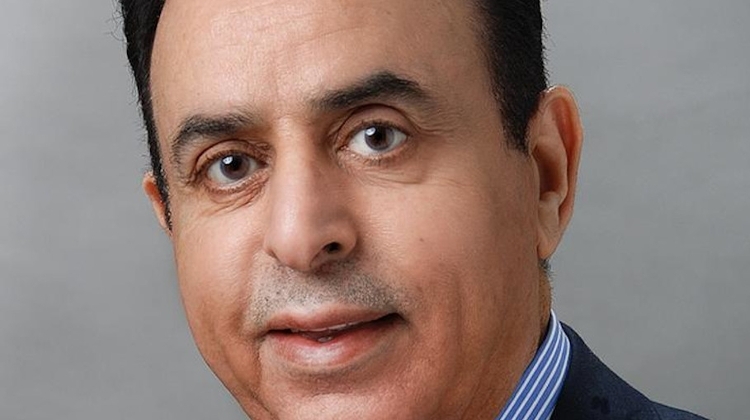 His Excellency was born in Qatar on 18/07/1955, he received a Bachelor's degree in Political Science in 1980 before going on to achieve an impressive diplomatic career in many countries. He is married and has 3 children, two sons and a daughter. He speaks Arabic and English.

I came to Budapest in middle of November 2021. I arrived on a Friday, met the PM’s Chief of Protocol on the Monday and on Wednesday I presented my credentials to the President, which from my experience is a very fast process.

After being in Morocco for 6.5 years I wanted to retire so I went back to Qatar and enjoyed 2 years with my family and friends. Then I was in Spain, and received a call from my Foreign Minister asking me to come to Hungary as an Ambassador of the State of Qatar to Hungary, which I happily accepted since I wanted to continue serving my country. So I went straight to Istanbul to have some new suits made and within a month I was already here in Hungary.

Budapest is beautiful, and I really like Hungarians, they are very sociable and so kind. I think they should promote themselves more in the Middle East since it was really surprizing for me that there are not many people or tourists here from the Gulf, as they mainly go to Czech Republic.

As said, I came in November, and my family arrived in December. We have experienced the longest nights ever here, with dark falling at 4 pm, it was unbelievable for us as usually the sun sets much later at home.

Also, it was interesting to see that not all buildings along Andrássy Avenue, which is the Champs-Élysées of Budapest are renovated and cleaned up.

To see the Budapest museums, and the restaurants - all the different ones. I would take them to a Turkish Restaurant here, and to Salom Bombay, and the Iranian Restaurant as well. If time allows go to Balaton, not in the winter though since from my experience most things are closed.

Goulash. In the Gulf we have rice with nearly every meal, and if you put rice in your goulash it becomes almost the same as a favourite dish we have at home. My wife enjoys it like this too!

Milk, since we drink a lot of Chai latte.

Igen, I love the sound of it.

Quite a lot since I spent almost 43 years living away from my country. In the past years back in Qatar I enjoyed being with my family and friends again, and I loved being with our grand kids. In the past, we spent every Friday at my mother’s house, 16 – 17 people together, it was like being in a stadium of fun. Nowadays on Fridays they still gather at my step mother’s house, and this is what I miss the most.

Interior designer. I love doing this, for example after I arrived here and looked around the new Embassy building, I realised there is so much more that could be done with it, so I went to Istanbul with the little budget I got and bought lights and other furnishings to decorate it.

Something where I had to hurt someone. I learnt from my father that at all times you have to show respect to the others, regardless of what they are doing, since this is good for your heart. I have the need to love everyone.

In my favourite city of London. I fell in love with it when I first passed through on travels. Even if it is a big city, for me it is small, with three roads and two buildings I visit most, in Mayfair. I enjoy shopping in Selfridges and Harrods. In the morning we always used to go to Harrods, and sometimes could meet friends from home who we have not seen in say the last fifteen years.

My hobby was to go out hunting for birds using a trap. Unfortunately when I was a teenager there was no electricity where we lived in the countryside, so there were no movies available. We listened to the music on a battery powered tape recorder some times. I studied by gas light in the village where I grew up.

Tea these days, Iranian and Turkish teas are the nicest, I like to drink them from a paper cup and put lots of sugar in it.

A good old three hour long Indian movie can be nice during a long flight.

I feel very close to refugees. Migrants who became migrants / refugees because they were pushed out of their homes. My country did a lot for migrants, it is a basis commitment, nothing to do with politics or religion.

I am lucky, my work place is in the best place in Pest and I live in the Buda hills.

It is not a motto, but it is something I believe in: never get upset about anything. If God wants to give you something, he will give it to you. Of course we have to do our own work, but if he doesn’t give you something, it means, you do not need it. Look down all the time and not up, you will get tired by looking at things you do not have, this way you will appreciate the ones you have.