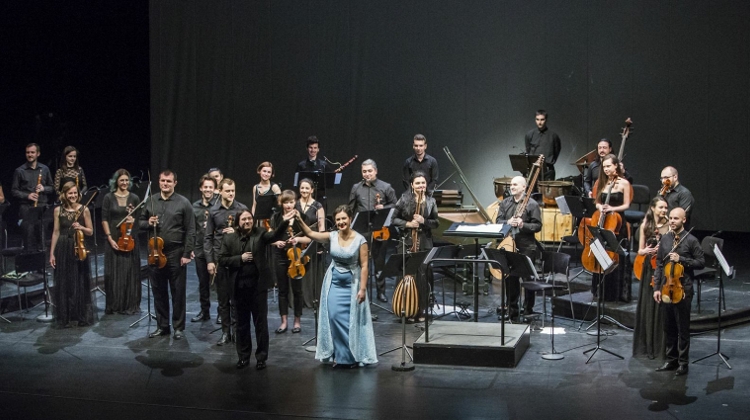 It has been said many times that great music does not necessarily require the highest quality text, and some go so far as to say that some music can even be hindered from developing fully when the melody is paired with words that claim a position of equal rank.

Of course, it is still pleasing to find the notes of the greatest composers coupled with literary source material of exceptional value.

At this concert of the Early Music Festival, the audience gets the chance to take part in a remarkable journey in which they can meet the refined, cerebral and gallant French literary geniuses of the 17th and 18th centuries, such as Molière és Voltaire and gladly greet such old favourites as The Bourgeois Gentleman, The Imaginary Invalid and George Dandin.

At the same time, they will also discover how their musical contemporaries were complementing these works: how Lully treated Molière's often scornful and savage social commentary, and how Rameau did the same as composer for Voltaire's light comédie-ballet The Princess of Navarre.

The Müpa Budapest audience has already been able to hear the passages from Platée, representing a different shade of colouring to the concert, as György Vashegyi and the Orfeo Orchestra and Purcell Choir performed the Hungarian première of Rameau's Greek mythology-themed comédie lyrique in 2014.

And the performers? This production was full of thrilling débuts, including from the Romanian singer Rodica Vica, whom critics describe as one of the most attractive-sounding coloratura sopranos of her age group.

The essential aim of Musica Ricercata, recruited from Romania's finest musicians, is to enrich the concert scene with innovative programmes that explore both early music and the modern repertoire.

The ensemble's head, Gabriel Bebeșelea, who also serves as chief conductor of the Transylvania Philharmonic in Kolozsvár (Cluj-Napoca) since 2016 and principal conductor of the George Enescu Philharmonic Orchestra in Bucharest, is one of the most talented young Romanian conductors of recent decades.
Place: Palace Of Arts
Address: 1095 Budapest, Komor Marcell utca 1.