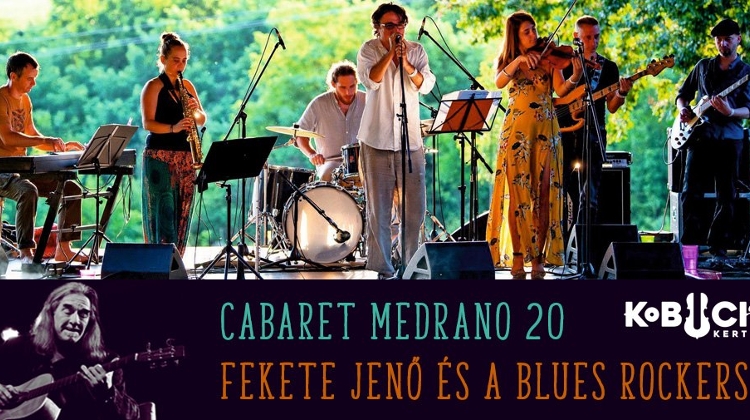 In 2021, the band Cabaret Medrano celebrates its 20th anniversary. The band would like to celebrate this occasion with the best of concert series, which will be presented for the first time in the Kobuci Garden.

The evening will start with the band of the Hungarian blues legend, Jenő Fekete and the Blues Rockers.

Cabaret Medrano is a characteristically budapester band, which integrates the diversity of the city into its music and lyrics. Their style is a mix of klezmer, Balkan and Hungarian folk music, making it a melting point of three cultures.

The band, along with most of Budapest’s ruin bars, was funded at wake of the new millennium by Serbian Hungarian painter György Verebes and the Budapest-based poet and actor Imre Kamody.

The cultic ruin bars are featured in many of their songs (eg. Szimpla Kert in Casablanca).