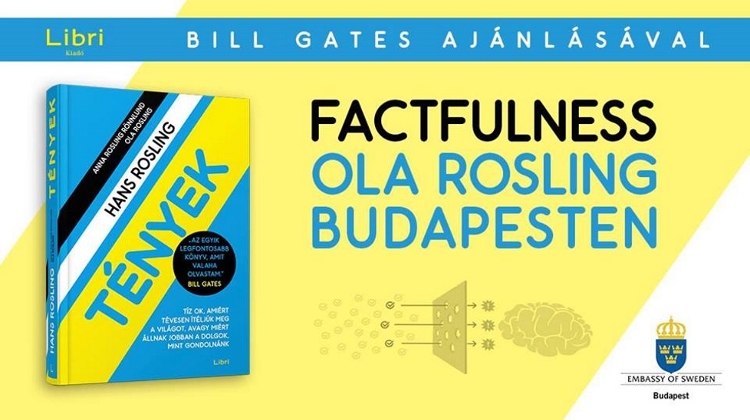 The 'Rockstar of Statistics' gives a lecture in Hungary for the very first time.

It's all about the reasons why we have a false perception of the world and why things are actually better than we would think in the first place.

Ola Rosling is President & Co-Founder of Gapminder Foundation which he founded together with his wife and father. At Google Ola and his team delivered the Motion Chart as part of Google Spreadsheets, also he was working as the Product Manager for Google Public Data.

His 2014 TED talk was viewed by almost 5 million people, and his book co-written by his wife and late father entitled Factfulness became an international bestseller.

Along his research Ola tours around the world and gives public talks with the aim of promoting a less ideological and more factbased education about Sustainable Development.