Weekend Escape From Budapest To Dubrovnik Via Split 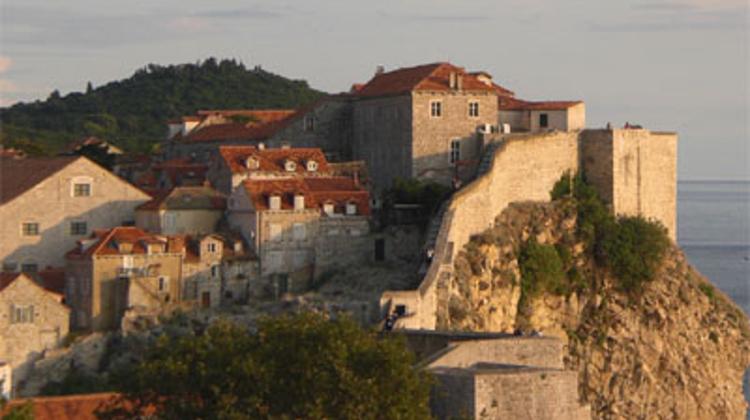 This road trip from Hungary to Croatia is highly recommended for its varied and spectacular scenery, flying there is always an option too. ‘The Pearl of the Adriatic’ is located on the coast in the far south of Croatia. The seaport that today is called Dubrovnik has always been a maritime trade hub.

Discoveries found at the underwater archaeological site at that port prove the existence of a harbour and settlement there in the 1st century BC. 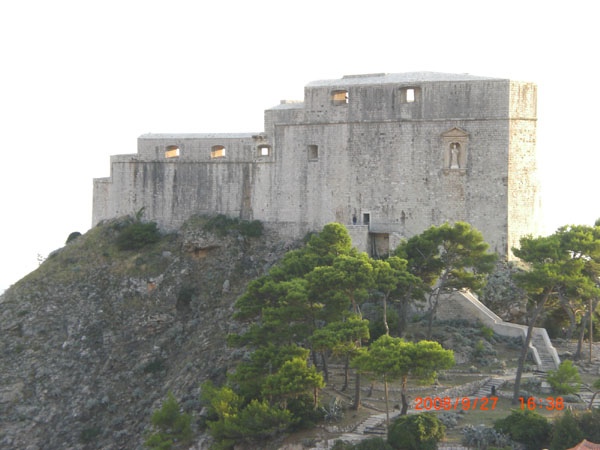 Having had several titles over the centuries, the current name was officially adopted in 1909 while the city was under Austro-Hungarian rule. With a rich and colourful history, this wasn’t the first time the Hungarians had exerted their influence over the city of Dubrovnik. Under the 1358 Peace Treaty of Zadar, it became part of the Hungaro-Croatian reign after being under the sovereignty of Venice.

Dubrovnik ended its most recent period under the Austro-Hungarian rule in 1918, after which is began to develop its independence - and tourist industry. With a modern day population of around 44,000, in a 2001 census 88.39% of its citizens declared themselves as Croats. These days Hungarian tourists visit Croatia in great numbers each year, it’s easier than ever now as the motorway from Budapest leads directly to the Adriatic Sea.

We took that toll road all the way to Split, and spent an enjoyable night there before taking the coastal road to Dubrovnik the next morning. With a comfortable car from Fox Autorent it took about 7 hours to reach our overnight venue, then 5 hours along the scenic route to our final destination.

While in Dubrovnik we stayed at the Hilton Imperial as guests of Mr. Andreas Jersabeck, the General Manager. The Old Town, a UNESCO World Heritage Site, is just 110 yards away, and from the hotel’s Executive Lounge we took in the spectacular views of historic Dubrovnik and the Adriatic. 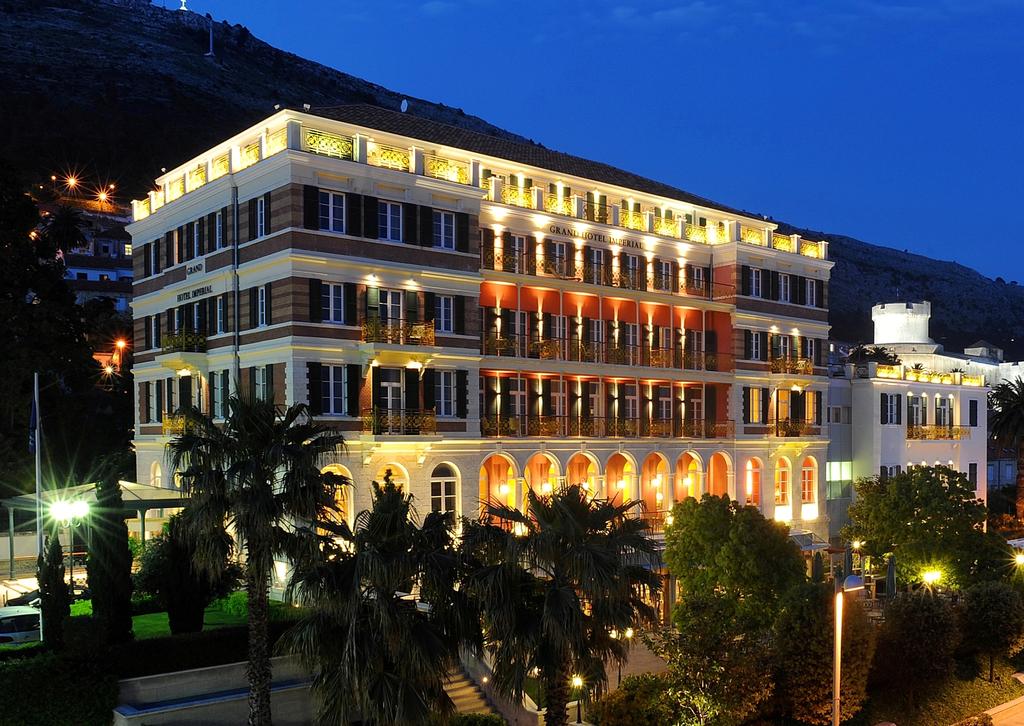 Formerly the residence of choice for the Austro-Hungarian elite, the truly excellent location of the hotel makes it easy to see the sights, for example the famous Franciscan Monastery just 2 blocks away. The Institute of Biology Aquarium is also 2 blocks away, as is the Rector's Palace, Sponza Palace and St Blasius Church.

After working up an appetite walking around the city walls - a 1940 meter long structure that encircles the city which is said to be one of the most beautiful Fort systems in Europe - we tried the hotels’ Porat Restaurant.

As you would expect, the hotel serves up fine international and Croatian specialties, such as Adriatic sea bass or lobster spaghetti. Both are good choices, especially when complemented by quality Dalmatian wines - the local Rakija brandy is worth a shot too.

Before dinner my partner sipped a pina colada from The Bar, while I enjoyed some ‘wellness’ in the sunlit indoor pool, and in the steam room. I also paid a quick visit to the fitness room, however I skipped the hotel jogging track and ran to dinner instead.

With warm Mediterranean colours and a spacious terrace, this first class Dubrovnik restaurant is frequented by locals and hotel guests alike. Both types also frequent Banje beach, a picturesque bay, only a stone’s throw from the hotel. Located there is the Eastwest Beach Club, which has hosted MTV parties amongst many others.

Banje is described as the hottest beach in Dubrovnik, with a trendy Saint Tropez-style. At night the club attracts a crowd of hipsters, models, locals and up-market visitors. In mid-September, while we were there, the weather was still good enough during the daytime for sunbathing and swimming. 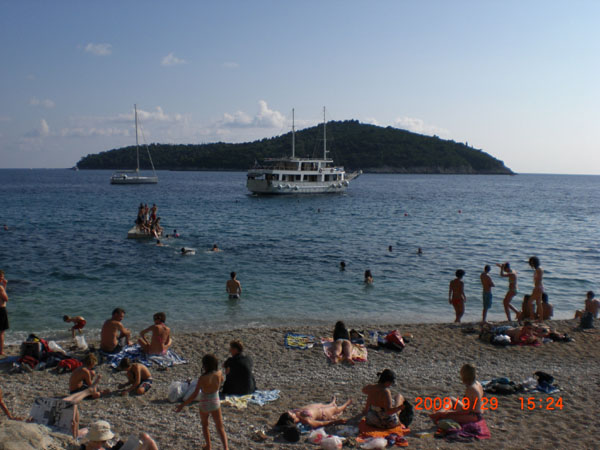 Apparently a trip to Dubrovnik would not be complete without visiting the nearby island of Lokrum, which can be reached via ship which departs from the old city harbour.

This eternally green small island is one of the most attractive excursion spots because of its amazing pine woods, exotic subtropical plants, beautiful bays, and a gorgeous view of Dubrovnik.

In the middle of the island of Lokrum is a Benedictine Monastery from the 12th century, which was turned into a summer residence for the duke Maximillian of Habsburg.

Today a special attraction is its small salt lake called the ‘dead sea’, a favourite bathing spot for both locals and tourists. There is also a biological institute and a natural history museum there. Other islands worth a visit within the city boundaries are the Elafiti Islands - Šipan, Lopud, Koločep, Olipe, Tajan and Jakljan all have unique charm and encourage repeat visits to Dubrovnik.

After a relaxed long weekend escape, we took most direct return route from Dubrovnik back to Budapest. We passed through all the 21 tunnels in 11 hours - just stopping for lunch and several coffee breaks along the way.

For those who don’t fancy driving all that way, the Hilton Imperial Hotel is 14 miles from Dubrovnik Cilipi International Airport. Malév Hungarian Airlines have regular flights to Split, where cars can easily be rented on the spot.

Private accommodation can also be arranged easily there, even at short notice, for example with 'Maleha' (tel: + 385/0/915678001) who is friendly and speaks good English, just like many local folks we met in Split, and in Dubrovnik for that matter.