Danube In The Spotlight On World Water Day 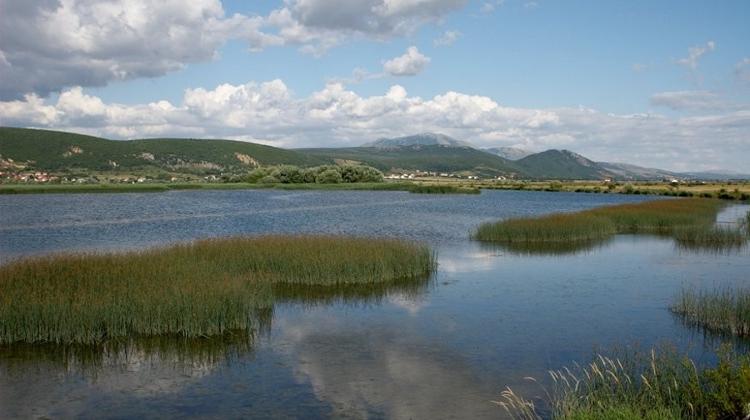 "On World Water Day, Danube River Basin countries are looking at an impressive progress made early in the year towards the protection and sustainable use of water and other ecological resources, reaffirming and strengthening their commitment to transboundary cooperation.

Integrated freshwater management
The official adoption of the Danube River Basin Management Plan in February marked an important step for the management of the Danube. The first comprehensive management plan for the river, which has been officially adopted by all Danube countries, including EU and non-EU member states, outlines concrete measures to be implemented by the year 2015 to improve not only water quality but also the ecological health of the river and its tributaries.

Measures include the reduction of organic and nutrient pollution, offsetting environmentally detrimental effects of man-made structural changes to the river, improvements to urban wastewater systems, the introduction of phosphate-free detergents in all markets and effective risk management of accidental pollution.

The plan takes a source-to-sea approach and addresses key requirements of the European Union Water Framework Directive.The EU's innovative and farreaching Water Framework Directive pushes EU member states to achieve not only good water quality but also good ecological status for its rivers, lakes and other surface waters by 2015. It is the first such comprehensive legislation in the world and essentially provides a strict timeline and guidance for achieving Integrated River Basin Management — one of WWF's top priorities related to freshwater management. All countries within the Danube River Basin, including EU member as well as non-member states such as Ukraine, Serbia, Croatia, Montenegro and Moldova, have committed themselves to implementing the EU Water Framework Directive.

Water quality in the Danube has improved during the last decade, but further improvement is still needed, according to the International Commission for the Protections of the Danube River (ICPDR), a transnational body, which was established to implement the Danube River Protection Convention.

ICPDR operates a trans-national monitoring network of 79 monitoring locations with up to three sampling points across the Danube and its main tributaries. The minimum sampling frequency is 12 times per year for chemical determinands in water and twice a year for biological parameters.

Pollution in the 1970s and ‘80s was worse, with oil slicks often floating down the Danube. “I was not allowed to go down the river when I was growing up, because the river was far from the house. But the oil on my legs which I could not wash off, always gave me away!”, remembers Georgi Ivanov who grew up in Silistra on the Bulgarian stretch of the Danube in the 1980s. “Oil slicks are no longer there”, he adds.

Although oil has mostly gone, in the last ten years, many analyses, including the ICPDR’s Danube Basin Analysis (published in 2005) and the second Joint Danube Survey carried out in 2007, have identified pollution (e.g. cadmium, lead, mercury, DDT, lindane and atrazine) of the watercourses and groundwater due to agriculture, industry and household discharges as a significant water management issue that endangers environment and people alike.

The excessive nutrients and pollution in the Danube are not only affecting the basin but also the Black Sea into which the Danube spills. Anthropogenic nutrient loads to the Black Sea over the last 50 years have left a clear mark. Eutrophication is caused by excessive inputs of nutrients such as nitrogen and phosphorus and it is a condition that stimulates the growth of algae leading to imbalance in water systems, such as intense algal blooms, production of excess organic matter causing decreased water transparency, oxygen depletion with resulting dead zones at the sea bottoms as well as death of for example fish.

The most effective way for both industry and governments to reach these goals would be an EU wide ban. European negotiations on a phosphate ban have been ongoing for years but there is still no harmonized EU legislation on the use of phosphates in detergents. WWF urges the European Commission and the European Parliament to prepare respective legislation as quickly as possible as an easy, fast and low-cost way of reducing the phosphate load of surface waters and thereby improving overall water quality.

In the summer of 2006, American Mimi Hughes spent 89 days swimming down the entire length of the Danube River from the Black Forest to the Black Sea, travelling an average 33 km per day. The 51-year old high school teacher and mother of four became the first person to swim the Danube without fins and only the second to attempt the feat at all.

Like the fish that swim the Danube, Mimi became intimately acquainted with the quality of the river’s water. Although pollution from chemicals has improved over the past decade or two, biosolids – Mimi’s euphemistic expression for sewage – remain a major problem, especially downstream of Budapest and Belgrade, which still dump a significant amount of sewage into the river untreated. Throughout the swim, Mimi took an anti-biotic effective against E. Coli bacteria, and wore a full wetsuit, swimming cap, goggles and ear plugs.

According to the ICPDR Danube River Basin Management Plan, "The highest microbial contamination levels for the Danube River were found in the stretch between Budapest and Belgrade; while the tributaries, Arges and Russenski Lom, and side-arms, Rackeve-Soroksar and Moson Danube, can be considered as hot spots.”

This emphasises the need for ensuring the sufficient treatment of wastewaters. The situation should improve in coming years thanks to massive investments in wastewater treatment especially in the EU member states which make up the majority of Danube countries. Thanks to a new wastewater treatment plant in south Budapest, which is planned to open at the end of this year, over 90 percent of Budapest's sewage will be taken care of.

In an effort to provide a more coordinated approach towards its so-called macro regions, in February the European Commission launched an initiative to develop a Danube Strategy, which can help bring together and implement existing policies and legislation to achieve long-term sustainable development across the region.

A five-month public consultation process for the Danube Strategy got under way in early February with a kick-off conference that took place in Ulm, Germany. Follow-up events are taking place through June in Vienna, Ruse (Bulgaria) and Constanta (Romania), providing input for a draft to be developed by the European Commission that is expected to be officially adopted under the Hungarian EU Presidency in spring 2011.

Development of the Strategy comes at a time when the Danube region faces a series of unprecedented crises: financial, economic and - even more ominously - from climate change and loss of biodiversity and related ecosystem services.

"The EU Danube Strategy presents an opportunity for the countries of the Danube region to get ahead of the development curve - to pull themselves together and put themselves on a path toward a long-term and prosperous future, including a green, carbon-free and resource-efficient economy," said Andreas Beckmann, director of the WWF Danube-Carpathian Programme.
Interventions planned through the Danube Strategy must maintain and enhance the region's natural and social capital as the foundations for long-term development in the region.

"The unprecedented crises that we are facing are ample proof that business as usual is simply not an option", Beckmann said. "We need a paradigm shift, and with a bit of imagination and courage, the Danube Strategy can provide this by painting and helping to realise a bold and long-term vision for sustainable development in the region."

Michael Zhmud is one of the pioneers of tourism development in the Ukrainian Danube Delta. The effervescent 50-year old is in a unique position to evaluate the Delta’s future, both from an environmental and economic perspective: he is a professional ornithologist with 25 years experience studying bird populations of the Delta, first for the Danube Delta Biosphere Reserve and more recently for the Black Sea Ornithological Research Station. But he is also a successful businessman, running a thriving tourism business with 50 employees, one of the leading companies in the town of Vilkovo and offering a range of excursions and other tourist products in the Danube Delta.

Zhmud started his tourism business, Pelikan Tours, ten years ago, inspired by experience he had gained visiting other Deltas in his capacity as an ornithologist.

The business has been expanding rapidly ever since. Most clients come from Ukraine, including the surrounding area and Odessa, which is about 3 hours away by car, but a growing number also come from abroad, from Russia, Moldova, Belorus as well as Western Europe. Many come for beach holidays and river cruises, but a growing segment of Zhmud’s business are special excursions, including for bird watching.

Historically the Danube and some of its tributaries have formed important trade routes across Europe. The harnessing of these rivers to facilitate navigation has radically changed their physical and ecological characteristics, while pollution from ships and boats is also a significant problem. Current plans for developing navigation on the Danube disregard many of the river's other uses and benefits.

Earlier in the year, WWF, Bund fuer Naturschutz (Friends of the Earth Germany) and LBV (BirdLife Germany) presented the president of the ICPDR with 100,000 signatures of a petition calling on Danube governments to protect the Danube as a living river and to avoid damage from infrastructure development connected to navigation.

River regulation works that develop shipping conditions on the Danube can have severe effects on the rich flora and fauna of the river, on biodiversity and on the natural supply of fish.

During his childhood he used to fish regularly downstream from Budapest, near Százhalombatta. „In those days we could catch many fish. Although the members of my family liked fish meals, sometimes my parents told me not to carry home any fish when I went fishing. Nowadays I go fishing with my son, and I realized that in the same places, with the same methods we cannot achieve the same catch I fished 30 years before”, said Mr. Guti.

„In the negative effects of riverine traffic, I have to mention the considerable water backflow that is caused by the bigger ships. The speed of this flow is 4-5 times faster, than the swimming speed of young fish. Therefore the strong drifting kills many of these young animals along the shorelines. Strong waves stir up the silt, which has negative effects on plankton organisms, which are the most important food of young fish. What is more, these waves disturb the spawning of fish species and the ontogenesis of young fish, which can lead to the decrease of natural fish supply”, emphasized Mr. Guti.

The Danube is the most international river basin in the world, including all or parts of the territories of 19 countries and home to some 83 million people. The region includes some of the economically poorest and richest countries in Europe, as well as a major portion of the continent's natural wealth.

The key challenge and opportunity for the future of the Danube basin is to find ways to enhance livelihoods while preserving and even enhancing the ecosystems that provide essential goods and services for people and nature – and addressing through this significant differences in socioeconomic development between countries such as Austria and Germany on the one hand, and Bulgaria and Romania on the other.

The EU and Danube countries already have most if not all of the tools they need to achieve this objective, from progressive legislation such as the EU Water Framework Directive to funding programmes that in theory can provide financing for investments in a green economy, including investments in wetland restoration or nature conservation"